A Look Back on Super Mario Land

Full disclosure: I wasn’t much of a gamer as a kid. I was the girl who always picked Princess Peach in Mario Kart because my favorite color pink. Needless to say, my dad and brother kicked my butt constantly.

But recently, my mom sent me my old Nintendo DS and my brother’s GameBoy Pocket – as I’m stuck in my apartment with nothing to do. The Nintendo 64 sits in my brother’s apartment since he refuses to part with it. So when the package full of old video games arrived, my first thought was to see if I had gotten any better at the bane of my childhood existence: Super Mario Land.

It’s much more portable than current handhelds and it can fit into my purse, backpack, or suitcase without an issue and the need for a bulky carrying case or charger. But of course, I’m not going much of anywhere these days – so I thought it would be time to revisit the game in a different way: look at its history, and how it shaped the Game Boy’s legacy.

We can’t discuss the game without first going into the history of that beautiful little nugget of 90’s iconography: the Game Boy itself.

I was born in 1995- which meant my Game Boy was actually was a Game Boy Pocket. It plays all the same games as the original does, but it is smaller and lighter. But that’s not really what’s important here.

1989 was a different time. Handheld games weren’t quite a thing yet – but they would be very soon. And that would be the start of a gaming revolution.

Legendary designer Gunpei Yokoi convinced Nintendo President Hiroshi Yamauchi to let him make a handheld gaming system – one that unlike the Game and Watch series – could use cartridges, so multiple games could be played on one device.

Yokoi had worked on the Game and Watch series, which while successful, was limited to one game per console. Along with the Nintendo R&D1 team, Yokoi set about designing the console. The Game Boy console combined features from the NES and the Game & Watch Series of consoles. It features a dull dull green dot-matrix screen with an adjustable contrast dial, five control buttons, and one speaker.

Yamauchi didn’t like the console’s design originally, calling it “dame–game” or “lame game.” It was actually Nintendo of America who is responsible for pushing the product through; when Nintendo of America’s president Minoru Arakawa was presented with Tetris.

When the device was first released in Japan the company’s entire stock of units (300,000) were sold within the first two weeks. Another 40,000 units were sold on a release day just a few months later. Though other companies also came up with handheld consoles around the same time which used more advanced technology than the Game Boy; none were as successful. The Game Boy which was praised for its durability and battery life easily outsold the Sega Game Gear, Atari Lynx and NEC’s TurboExpress.

Undoubtedly, the success of the now-iconic little device, is what helped to solidify Nintendo as a powerhouse of the video game industry until the end of time.

Tetris was one of the games to be bundled with the Game Boy, same with Super Mario Land. The games, combined with the portable console made the Game Boy’s success one for the history books. The story behind Super Mario Land, however, is a bit more interesting than just porting a beloved game. Though it is not the console’s most popular title – that honor, of course, goes to Pokemon Red and Blue – Super Mario Land was considered among the game’s best launch titles and is considered among one of the top Mario games of all time.

Super Mario Land was released as the launch title for the GameBoy in 1989, marking Mario’s first appearance on a handheld console. The game has a very unique development history, when compared to the series’ other titles.

This game was the first in the Mario series not to be helmed by Mario creator Shigeru Miyamoto. Instead, Yokoi was in charge of the project as its producer, and Satoru Okada took on the duties as director. Without Miyamoto, the vision of what a Mario game could be changed. But Yokoi, who was Miyamoto’s mentor was the best man for the job.

Yokoi had produced several other popular games including Metroid and Kid Icarus, and had established himself as someone with a keen eye for quality. He had previously worked with Miyamoto on the Mario Bros. games and was the one who convinced Miyamoto to give the protagonists extra abilities. He knew what the vision was – but changes still had to be made.

The Differences in the Details

With such a small screen – lots of the visual aspects of the world had to be redesigned. And without Miyamoto’s direction – it stood out from its predecessors. Whether the differences were positive or negative is largely up to personal preferences. Some of the changes, though, are just plain odd.

Rather than taking place in the Mushroom Kingdom, Super Mario Land takes place in Sarasaland and has Mario rescuing Princess Daisy as opposed to Peach. I hadn’t originally realized they were two different people when I was younger – I had assumed Daisy came before Peach, but it was so hard to tell what she looked like that it hardly mattered to me.

In retrospect however, it is really weird that they came up with a new character entirely to be the damsel in distress. It hardly seems necessary. As somebody who really only played Super Mario Land -I never knew the differences between how some of the most recognizable tropes were changed. But looking at it now, it is fascinating.

The Goombas and Koopas looked completely different than their previous depictions – and were miniaturized to the point that you couldn’t recognize them for what they were. Bosses were also different. Rather than Bowser or any of his minions, you fought Sphinxes, giant Seahorses, and other oddities that were atypical of Mario’s games at the time. Even the power-ups were changed in order to make them easier to distinguish on the console’s tiny screen.

Even odder still is how most levels end in a sort of mini-game. Mario and a ladder moving between levels in order to obtain extra lives. This was one of my favorite parts as a kid since I died so easily in the game – the extra two or three lives meant more playing time. Not that they ever lasted long.

I’m sure there was some kind of logic to it, but I always just pressed the A button and hoped for the best. But the oddest part of all was likely the game’s two shooter levels – something that hasn’t been a part of a Mario game since.

One level has Mario in a submarine, while the other has him in an airplane. These levels are “forced scrolling,” or auto-scrollers, as they are more well known as, so Mario can only move to the right making the levels more difficult.

I shouldn’t have to add this – but the one or two times I got to the submarine level or -rather my brother did and let me have a turn – I failed miserably. I found it stupidly difficult when I was younger.

With only twelve levels, comprised of four worlds of three levels each – the game was comparatively short. But once completed, a player has the option to play through again on “Hard” mode for some additional challenge.

WHAT THIS MEANT FOR NINTENDO

The success of Super Mario Land throughout its release, and subsequent re-releases could be attributed in part to nostalgia – but also due to how different it was from the other games, even today. Whether the risks it took were by Yokoi’s choice or by the limitations of the Game Boy aren’t entirely clear, but they were distinct and never returned in future installments.

Still, that didn’t stop the game from being a success. In all, the title sold more than 18 million copies during its run, and both the game as well as its bop of a soundtrack are still popular today.

Even though a lot of what made the game stand out went away in later titles, it keeps me wondering. What would the Mario games look like today if they had kept the changes?

Would the series still be as popular? Would Nintendo still be the top video game company in the world? Or would the different installments be too much and too frustrating to fans more familiar with the earlier titles that established the franchise?

We’ll never know for sure, but I’m happy we live in a world where the Game Boy was a success, and Super Mario Land exists.

5 Must-Play Indie Titles You May Have Missed In 2020

Where To Play: Donkey Kong Country 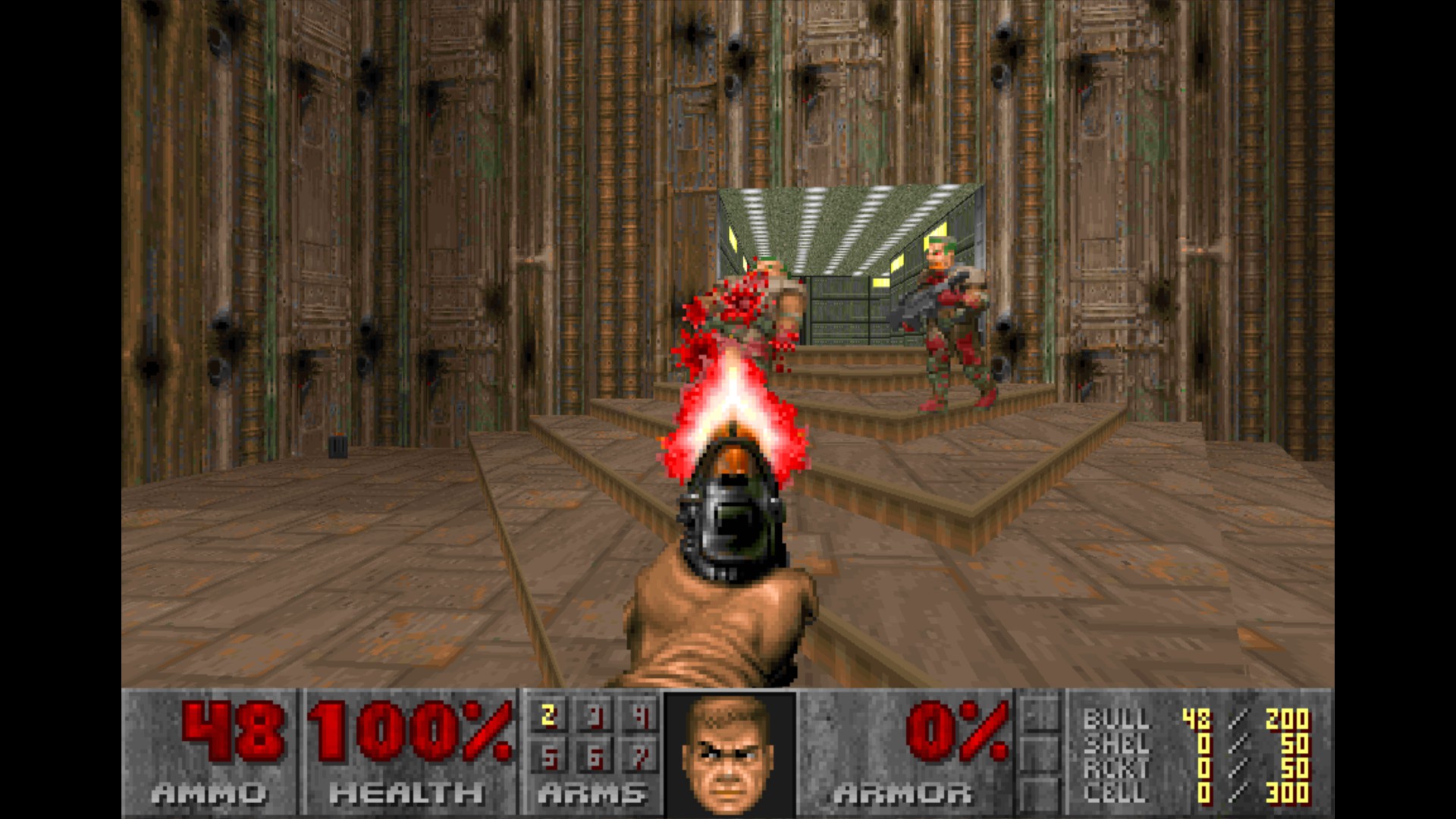 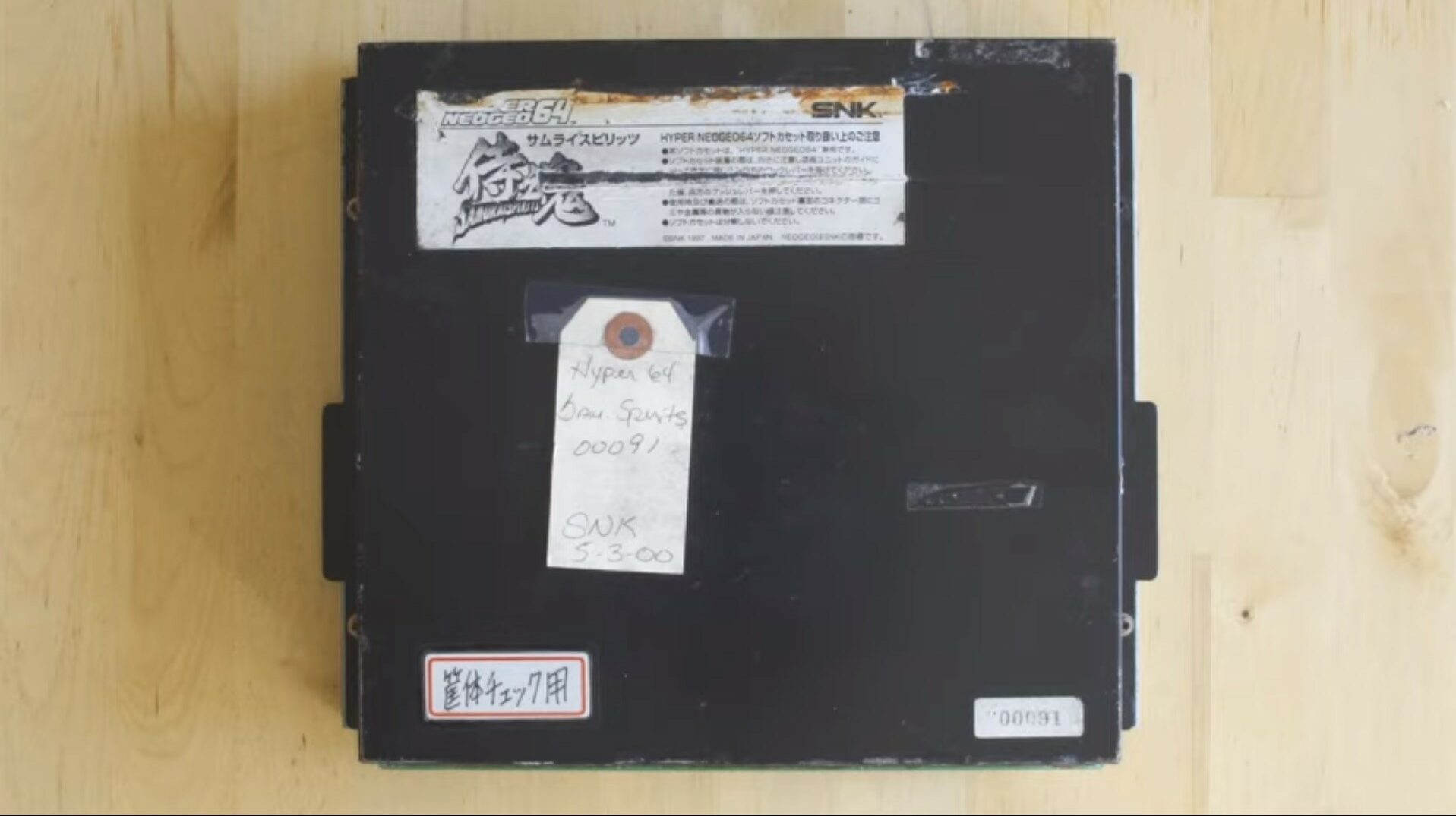 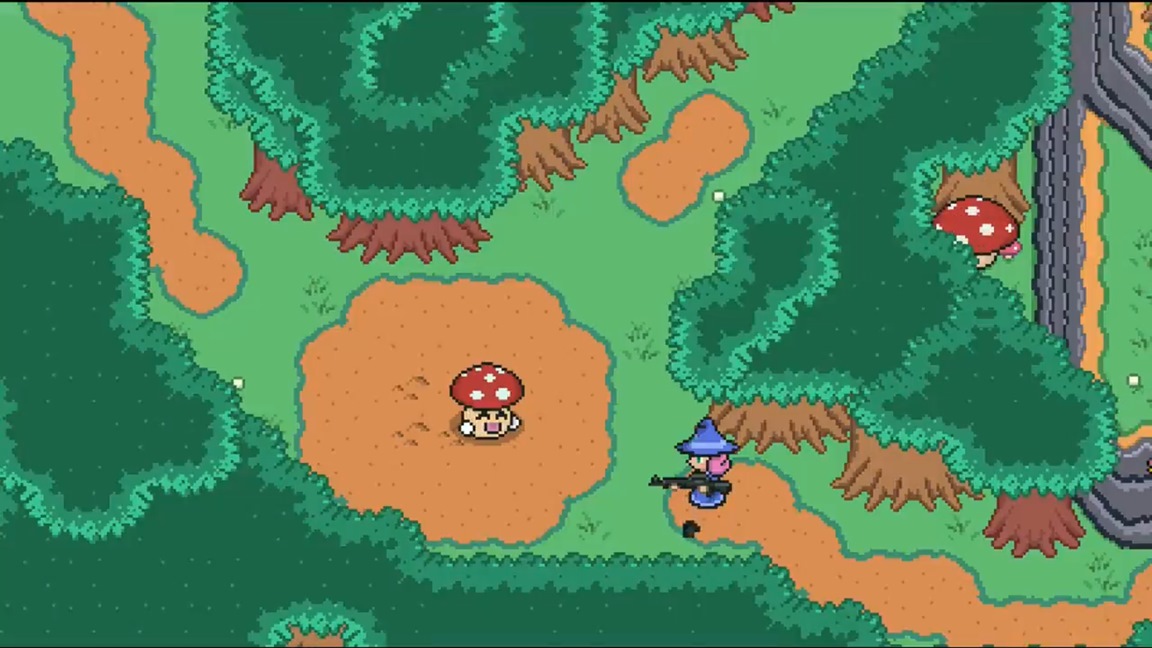 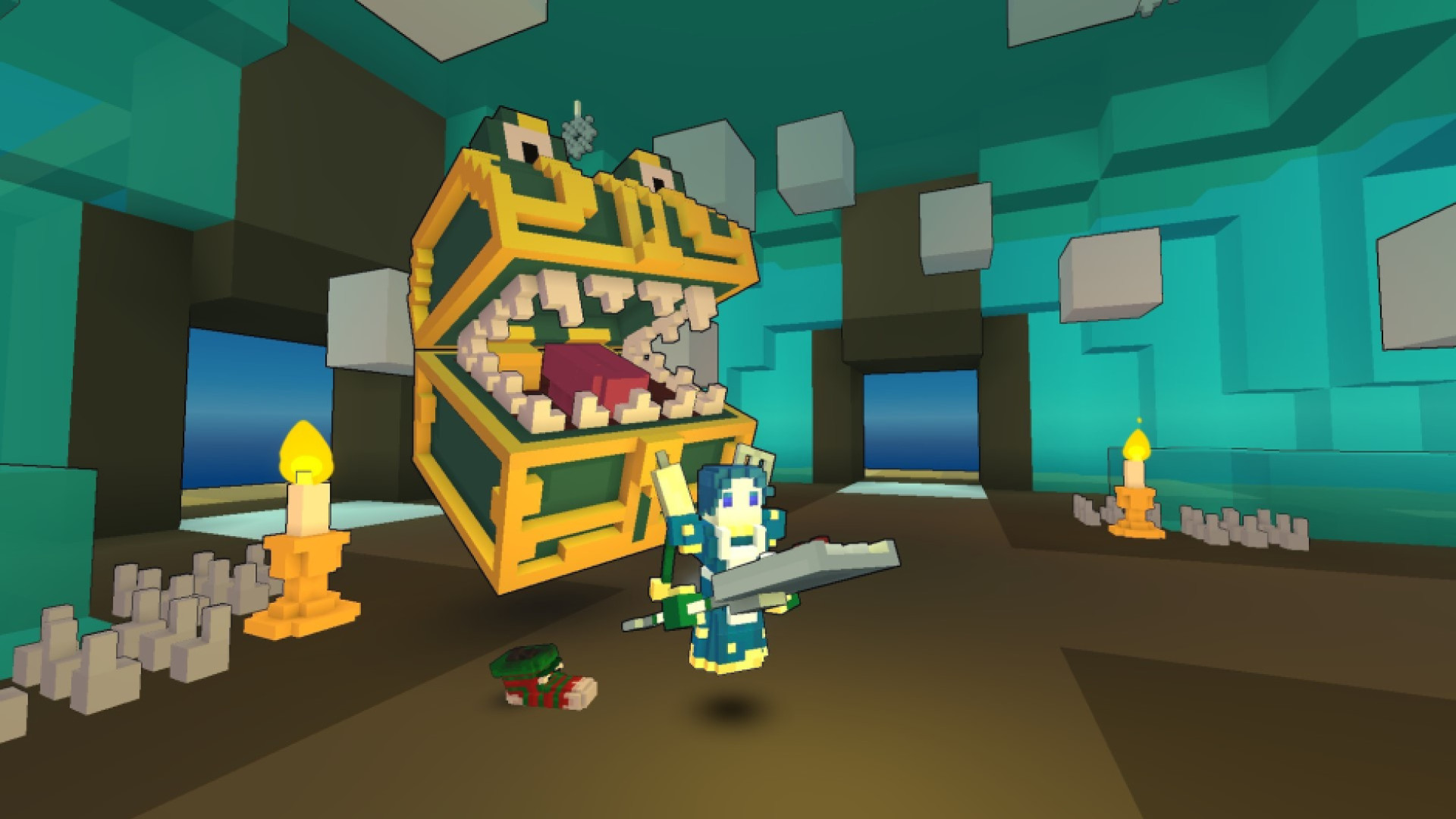