Disney once again reigned as king of the animation industry in the 90s with hit after hit after hit, and Squaresoft (now Square Enix) grew a large foothold in their own field with the release of Final Fantasy VII and their subsequent titles. The two giants were successful in their own right, and their fates were first intertwined early in the PS2 development cycle.

On one magical day, two executives from Disney and Squaresoft met in an elevator, and Kingdom Hearts was born. Tetsuya Nomura that Shinji Hashimoto, one of the producers of the series, and a Disney executive had a brief exchange that led to the massive universe we know today. If Disney and SquareSoft never shared an office building together, Kingdom Hearts would likely not exist today.

KEYS TO THE MAGIC KINGDOM

The character designer turned director Tetsuya Nomura took on the project and development began between the late 90s to the year 2000. However, he and the team took a huge gamble because the project wasn’t even approved by the then Disney President Michael Eisner during active development. What makes this even more brash is that SquareSoft didn’t even know it wasn’t approved. Shuji Utsumi, the VP/Managing Director for Asia Pacific at Disney Interactive described these crazy beginnings of the game’s development in an editorial with Otocoto (translated and summarized by KHInsider). Utsumi had the monumental task to pitch the bizarre concept of fusing Final Fantasy characters into a Disney universe to one of entertainment’s most powerful men. No biggie, right? What upped the stakes even further is that Disney never approved a pitch in Japan that had a completely new setting. The Kingdom Hearts series is known for its beautiful original elaborate worlds like Hollow Bastion and Traverse Town, and putting Disney characters inside them was a monumental feat for SquareSoft.

According to KHInsider, “There was very little hope that the project would be greenlit, and long-time staff at Disney Japan warned Utsumi that he should prepare to inform SquareSoft that the project was cancelled.” Nevertheless, Utsumi, the head of brand management, and his boss of Disney Interactive in the United States came up with a plan to pitch the idea to Eisner.

Eisner and Bob Iger, his successor as President and Chief Operating Officer of The Walt Disney Company, flew to Japan to look at the DisneySea park in Tokyo. It was time to have a meeting with the big cheese (Not Mickey, Eisner). It was tense. Eisner had around 100 people in the same room, hearing every word that Utsumi and his team said. They scanned for subtle hints in the President’s facial expressions and eye movements. Utsumi compared Eisner to an “Ancient Chinese Emperor.”

At the end of the presentation, he spoke “Keep at it and do it right.” After some retooling, it was later approved and greenlit by Eisner himself. Sora and the gang were finally able to explore the worlds we grew up with in the gummi ship. The developers likely breathed a sigh of relief as they carried on with their work. As Eisner departed the Walt Disney Company, he left one last present for Disney fans around the world by approving this crazy idea.

Thankfully, Square Enix seemed to be a fantastic partner with Disney. “As a team, we try to put our effort on every little detail and aspect with the game,” Nomura said in his 2004 IGN interview, “We even put effort on particles and leaves in the game.” Funnily enough, it seemed like Disney left Square Enix to their own devices.

Sora, the plucky hero we know today, used to be very different. Likely due to Nomura’s love of The Lion King, Sora was going to be a lion boy with a tail and paws. The chain on the blade looks like Lionheart, a reference to Final Fantasy VIII. The iconic keyblade that’s been featured in every Kingdom Hearts game had a chainsaw-like design early on. Sora eventually turned into a full human with his signature yellow clown boots and exceptionally spiky hair.

The end result of the game’s complicated development was an enchanting story that took players throughout fan-favorite Disney worlds like Agrabah, Halloween Town, Olympus, Wonderland, and many more. The action RPG mechanics were revolutionary at the time as the game featured magic, combos, and summons on-the-fly. Game Informer said in their 9.5 review, “The battles that unfold are as beautiful as they are intense, and as difficult as they are easy to manhandle.”

The original Kingdom Hearts was a huge cinematic touchstone at the time. It was only a year prior when Final Fantasy X was the first game in the series to have voice acting. Kingdom Hearts brought it to the next level with top-quality Disney talents like James Woods reprising his role for Hades, as well as some amazing performances from its original cast like Haley Joel Osment as Sora and David Gallagher as Riku. We were captivated by the epic story between light and darkness, and Sora’s tough struggle to save his friends from the darkness.

Kingdom Hearts became a critical hit and stands at an 85 on MetaCritic and Famitsu presented the game with a 36/40 score. GamesRadar rated Kingdom Hearts with an 87, calling it “one of the most vividly imagined, sprawling and openly heart-warming games on PS2.”

Furthermore, the composer of the game Yoko Shimomura has been applauded for her work on the series. “Dearly Beloved,” the main theme of the series is a classic track that gets a new version with every entry that stays true to their unique tones. It’s a simple melodic memory that calls to mind Sora’s home and his journey.  KH13 reported that Shimomura, while writing the song, was picturing the waves crashing into the sand.

Some critics did have their nitpicks with the game, however. Some of the game’s biggest issues were the inconcise camera and some tricky platforming, but those would be addressed in future titles.

Not Quite so simple and clean

Kingdom Hearts was a success for both Disney Interactive and SquareSoft , so the two companies decided to continue the series. Strangely, the next game would be developed on the Game Boy Advance, beginning an issue that has annoyed fans since its inception. At first Nomura was hesitant to go forward with a handheld version of the game. He believed that the 3D to 2D translation would be too severe, but he changed his mind when kids requested a version of Kingdom Hearts on the GBA (via  GameSpot). He adapted the combat system to fit Nintendo’s handheld, and the reception was mixed.

Chain of Memories is a controversial game in the series for fans as it featured a new card-based system. It also had a crushingly hard difficulty in comparison to the first game, leaving many kids like myself at the time scratching their heads. GameSpot wasn’t particularly happy with the new system in their review. “Trying to match specific enemy attacks with specific cards means you’ll be trying to hit the shoulder buttons to cycle through your deck as you look for the right card to play while you’re also running around trying to avoid getting hit,” said Bethany Massimilla, “This can get tedious and frustrating, particularly when the enemies are becoming tougher and your deck may not be very robust.”

With this entry, Sora, Donald, and Goofy enter a mysterious building called Castle Oblivion, and through a series of events begin to lose their memories more and more as they climb each level. Current Host of IGN Unlocked and Kingdom Hearts superfan Cameron Hawkins said to us that “the game introduces Organization XIII and Namine, who are key figures in the series moving forward” He also referenced that it “establishes Riku’s redemption route.” Riku turned on his best friend Sora during the events of the first game, and Chain of Memories, despite the technical limitations on a Game Boy Advance, presents an emotionally gripping storyline for Riku. This can be unlocked after beating Sora’s part.

The overall levels are repetitive in nature as they repeat the same worlds as the first Kingdom Hearts, but the hook for fans is seeing a crucial story element or a boss fight after a level is completed. Those trials were certainly worth it. On the other hand, there was one particular world that was missing. TheGamer says that Square lost the rights to the Tarzan license as it was snatched up by another publisher, so Deep Jungle never appeared in the game or any future title.

Chain of Memories later had a remake on the PS2 alongside the release of Kingdom Hearts 2: Final Mix. It has fully voiced cutscenes and reimagines it in the original KH engine. However, Hawkins recommends the GBA version as the gameplay design is better suited for the handheld device.

At the end of the dramatic story, Sora is sent to a deep sleep to help recover his lost memories. A year passes, which is when we’ll awaken next week with a retrospective on Kingdom Hearts 2 and the rest of the series. 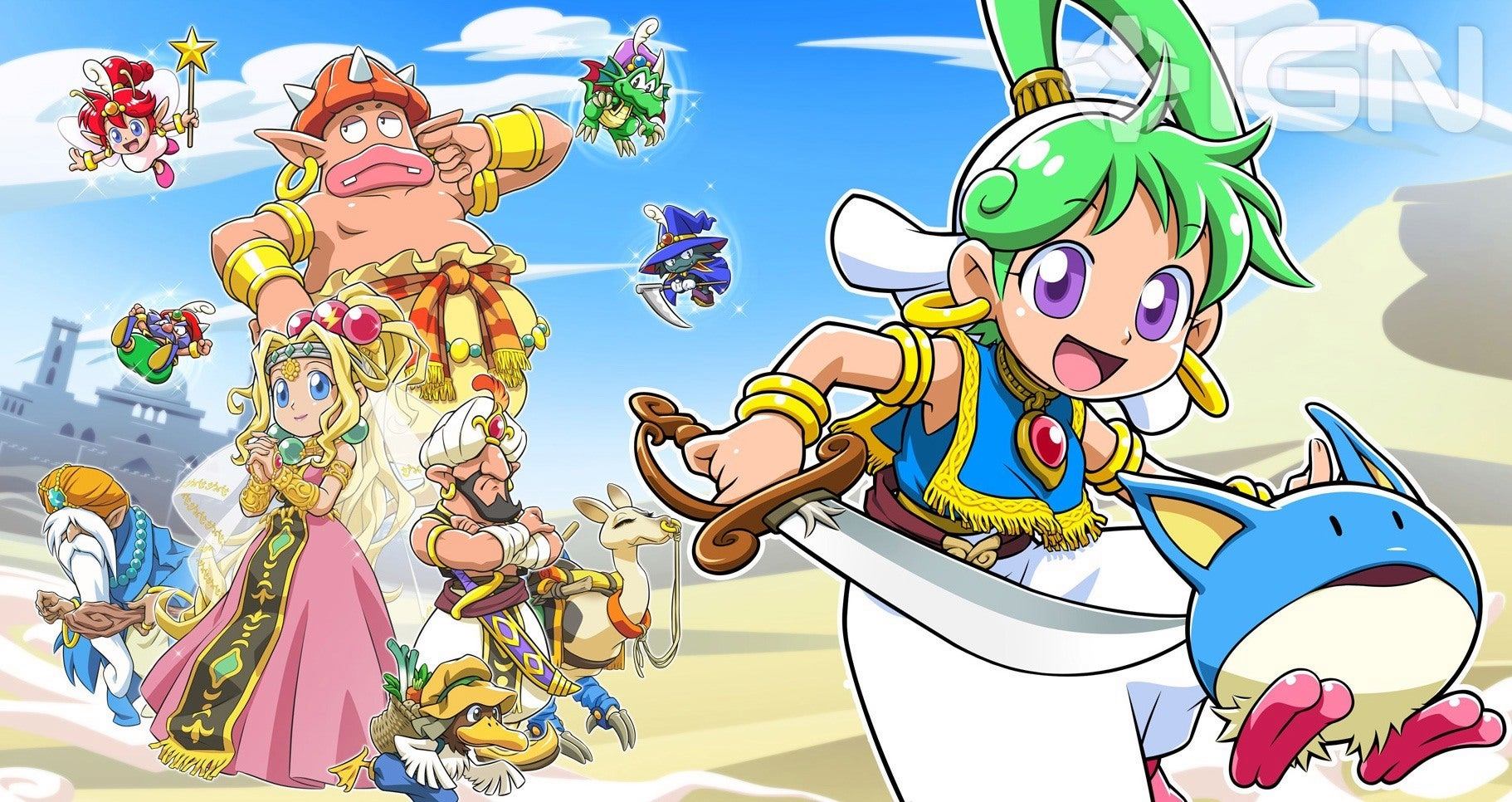