Adios is a narrative experience about a pig farmer in Kansas who has decided he would no longer like to work with the mob. He has provided a crucial service to them for decades: disposing of bodies by feeding them to his pigs, taking the secrets through the plump animals before using the manure as fertilizer in his garden. The farmer has decided he is done and wants to move on, even if it means saying goodbye to more than the job and leaving this world. It’s a story set between reflection and amelioration in an attempt to save his soul and reach beyond his sins enough to see his wife one last time. This is the story of a farmer in Kansas who has decided he is done.

Adios opens with a farmer waiting on his porch swing with his day planned out and written in his notebook. The player can look at this notebook at any time. After all, the farmer has planned the day out and knows what he’s going to do. He isn’t completely sure what will happen tomorrow or if he will even experience a tomorrow. But he knows what’s going to happen today.

The hitman arrives and the farmer gets up from the swing. It’s time to start the day.

A conversation between the farmer and the hitman starts while they start to do what they’ve always done together. They mindlessly toss pieces of a corpse from the back of the hitman’s van over the fence and into the pigpen. The pigs gleefully eat the pieces like it’s any other meal because, for them, it is just another meal. This has always been one of their meals and it’s nothing new at this point. It’s just another normal day for everyone. Well, except for a defining difference this time. Today is the day where the farmer makes it clear to the hitman that he’s done and doesn’t want to do this anymore. There’s a brief pause before the hitman asks him if he’s sure and if he understands what that means. The farmer waves it off in an accepting sort of way. They both know it means this will be the farmer’s last day. The hitman asks if he’s really made up his mind and the farmer tells him that he has. The conversation can vary some depending on player choice but, regardless of what’s said, the hitman accompanies the farmer for the majority of his day. They complete regular chores the farmer has always done. They talk about the past, what brought them together, and everything in between. They both make the best of this day. I think it’s because they know it will be the last time they share a day.

The hitman would prefer that the farmer change his mind. The farmer knows he won’t. The day continues and so do they.

Controlling the farmer and choosing dialogue in conversations feels like you’re part of interactions you weren’t meant to be a part of. But you’re there and the dialogue flutters between interesting and boring but it always feels so real. You’re able to tackle the majority of the day’s tasks in any order. They aren’t really the focus. They’re just the setting while the two characters talk and share time together.

The sounds are atmospheric and help fill in the world surrounding the characters and animals, which are designed in interesting ways. The pigs look so cute, which is a nice touch. It makes sense, right? They don’t know what they’re taking part in. They shouldn’t look horrible or evil because they don’t even know what they’re a part of. They’re just eating and living. The graphics are warm and have a unique style. It makes me happy because games with stylized graphics tend to age well and the story being told is timeless. I’m grateful the graphics will be able to move forward in time without aging like I know the story will.

I’d like to refrain from providing details on these conversations because they’re personal, informative, forming, revealing, and everything in between, including mundane at times. But that’s life, right? These moments flee as quickly as they arrive but they’re our moments.

As they talk though, the farmer shares that he wants to see his wife again and he isn’t sure that will happen if the rest of his life continues the way it has unfolded so far. It’s made clear that this wasn’t something the farmer wanted to do. It’s something he had to do. And in that way, you understand why he wants out. He knows he can’t get out alive but he’s afraid of what may happen to his soul if he continues erasing the existence of others with the help of his pigs.

It’s incredibly relatable. I can’t say that I’ve ever done this but I’ve done things I’m not proud of to get by and survive. Many of us have. It feels like such an appropriate metaphor for capitalism and existing in a world that often demands sacrifice for us to continue living in a way that allows us to smile or even just get by to see another day. The farmer asks the hitman, “What good is living if you ain’t happy?” which is such a real question. Being alive is hard. It’s exhausting. And existing and living aren’t the same thing, even if they may look similar sometimes.

We find out he got into this to take care of his family when he didn’t have any other options. You don’t see any of his family when you’re going about your tasks for the day. The farmer never wanted to do this and the burden no doubt got heavier when he was the only one left in the house, leaving nothing but the life he built on top of his sins. His sins provided the home and kept everything surrounding it going. The pigs grunting at the center, like a beating heart but also a grunting and squealing reminder of the literal shit that’s fertilized the life built on top of it all.

The day creeps closer to the end with every action and despite the ominous feeling looming over it all, it’s peaceful in a strange way. The farmer has made his mind up and the hitman knows it too. It doesn’t feel like a spoiler to say that the day ends with death. The game is called Adios after all. But the game isn’t about goodbye; it’s about the preparation involved and getting ready to say goodbye.

Adios is a somber yet thought provoking journey that can be experienced on Steam and Xbox.

9
Great
Adios is a great example of what’s possible with interactive storytelling and the lens it provides when looking at life through the eyes of another soul. It’s something that must be experienced for all fans of the narrative genre, as well as anyone looking for a unique and thought provoking story. 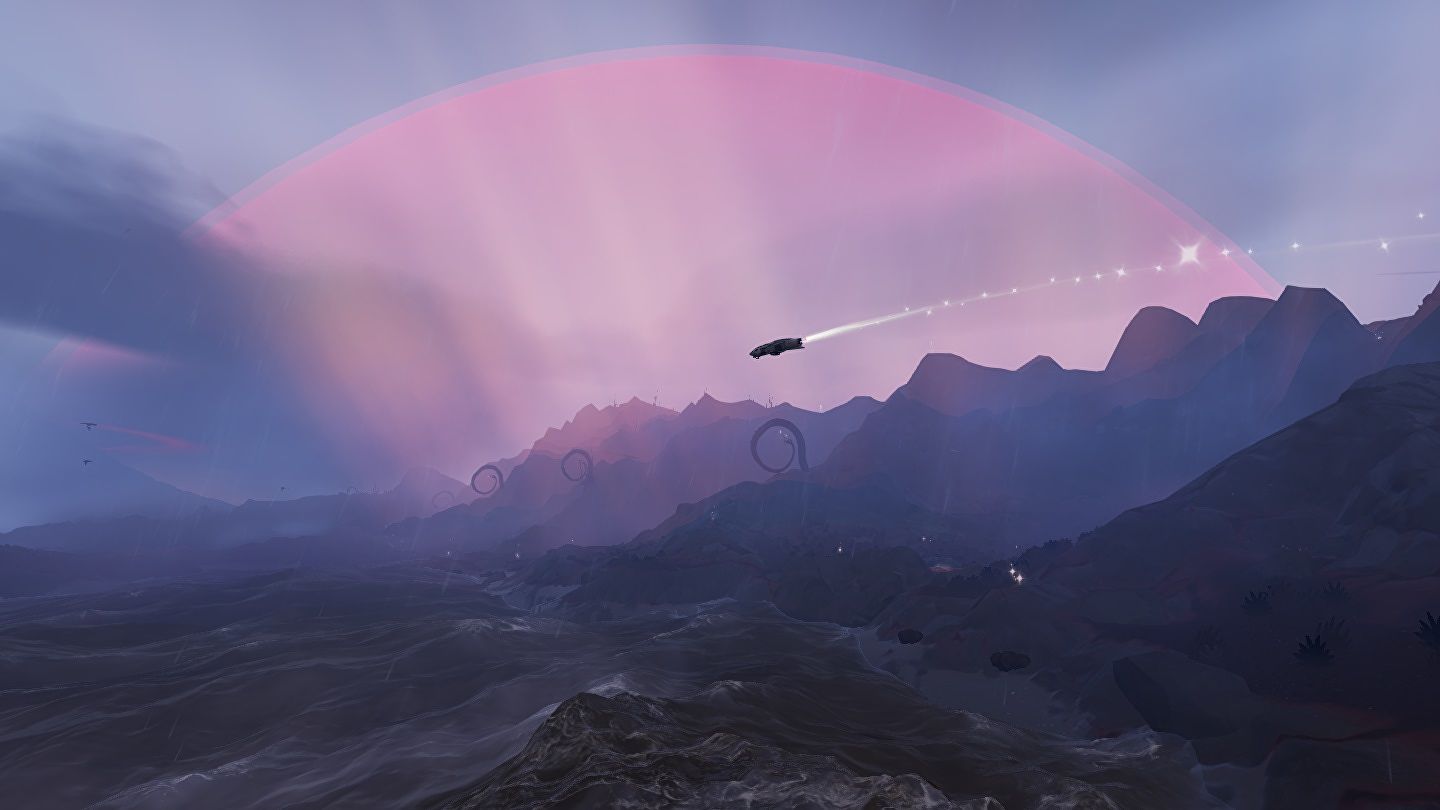