Nilspace is a new SRPG that blends together elements of school life and class-based tactical battles. Inspired by classic titles like Fire Emblem, the game takes place on a college campus where a mysterious app makes you “King.” Nilspace went up on Kickstarter on June 16 with a goal of $8700, and as of writing still needs a bit to hit that goal. The developers at 1LookGames, who decided to answer as a studio, took the time to sit down with us and answer a few questions about their vision for the game.

Retroware: Where did the idea for Nilspace come from?

1LookGames: The idea for Nilspace sprouted from Scott’s (founder of 1 Look Games) disappointment  with Nintendo and Atlus’ Fire Emblem x Persona crossover project. The game just felt like another Persona game with some FE characters thrown in. Scott and eventually the whole team, wanted to create a game that truly blended the features of both series to deliver a more immersive experience. It’s the type of SRPG we want to play and think a lot of others feel the same. And recently, Fire Emblem: Three Houses was a good sign that there’s a demand for this type of SRPG.

*Side note – We were developing Nilspace prior to 3 Houses’ release, so we’re not simply making a college campus version of that game.

RW: What kind of experience does the team bring to the project? Does anyone have experience making strategy RPGs?

1Look: As a collective, this is our first project. We all have experience in our own skill areas (Programming, Writing, Art, etc.)  from other multimedia projects that we have worked on, but Nilspace is certainly a way for us to prove ourselves. In particular, Carlos, the battle designer, has experience creating SRPG specific things like maps, stats, and balancing, from making FE community hacks/mods, which we think is pretty cool.

RW: Fantasy is usually the more popular setting for strategy RPGs. What made you decide to go with a sci-fi/school setting?

1Look: Firstly, we didn’t want to be just another Fire Emblem clone. We know lots of players love the medieval themes of Fire Emblem. Heck, WE love FE’s themes. But we really wanted to allow players to see themselves as part of a more realistic world. Sci-fi themes still integrate “fantastical” aspects to the game, but also get players thinking “that would be cool if that happened to me in real life.” Obviously, we’ve taken lots of inspiration from FE and Persona so to the extent there are comparisons, we’re deeply honored.

Answering the question more directly, having the game set on a college campus allows us to explore friendship, community, and character building in a very natural way. And the integration of smartphones and apps as the story driver fits in perfectly into today’s online culture.

1Look: Simply put, we want to allow as many players as possible to enjoy the game. We’re fans of a variety of genres, including visual novels, and we recognize that some players are really drawn to specific aspects of a game. Some people just want a good story, some people just want to get to the action, and that’s okay. We think this approach really elevates the game too. We didn’t just separate things out at the end; we built each aspect of the game with these modes in mind, so individually they feel polished and combined they create an even fuller experience.

RW: What kind of strategy RPGs inspired the team? Are there any specific games or series you’re trying to emulate?

1Look: As mentioned above, we were originally inspired by FE and the Persona series. We’ve also taken some influence from recent games like Genshin Impact.

RW: How complex are the life simulation elements? How can they affect battles and the rest of the game?

1Look: The life simulation elements play out during Free Time, which has a few different systems, all of which haven’t been revealed yet. However, the primary function of Free Time is to give players unique opportunities to interact with events/characters at specific locations at certain times (facilitated by the in-game calendar). There are plenty of interactables available, so “full clearing” would take more than one playthrough.

RW: You said there are over 70 classes to choose from, how did you go about balancing them and how different can individual classes feel?

1Look: Our game takes a different approach to the class system found in most RPG’s, even Fire Emblem for example. We wanted to focus on allowing the player to play with the specific characters that they were the most attached to, rather than be forced to choose characters that fit a certain team comp. To solve this, we came up with the Module system, which is Nilspace’s replacement for classes. Any character can equip any Module (class), which allows you to build the team most interesting to you. This also made it easier for us to implement a larger selection of Modules into the game.

We balanced the modules by grouping them by their related weapons and unit types. From there we can see the different strengths and weaknesses each Module may have compared to its group. And when we zoom out to look at the overall game, we have our underlying battle calculations and mechanics like the weapon triangle to keep categories in balance.

RW: How do the life simulation elements differ from something like, say, Persona, which is known for that kind of gameplay?

1Look: Our ultimate goal for Free Time was to give players the freedom to do what interests them the most. We feel like aspects of life simulation in other games restrict what the player can do if they want to be “optimal” in their play and succeed in the game. This is what we wanted to avoid. There are many design decisions that play into this, but a very obvious example can be seen in the “Activities” we have in Free Time. These are our game’s Free Time stories that allow the player to discover more about Nilspace and the characters on the college campus. All Activities reward the player in the same way. So while some Activity story lines may be shorter or longer than others, the player is given the freedom to spend time engaging in those stories without fear of “playing sub-optimally” or missing out on rewards.

RW: What kind of tone are you going for with the story? Is it a coming-of-age story, or something else entirely?

1Look: The tone of the story is one of self-realization. Although the story plays on themes that are present in a coming-of-age story, such as friendship and growth, Nilspace starts from a more grown-up baseline. Characters of Nilspace have to grapple with the stresses of school work, managing interpersonal relationships, and achieving personal goals. Whether they know it or not, characters are on a journey of becoming better versions of themselves.

RW: How does the theme of “building community” play into the game?

1Look: The idea of “building community” in the game is multi-layered. First, it’s about the Games Club and how a dedicated group can grow the number of people who participate and spread the love of gaming. Next, beyond the Protagonist’s quest to build friendships and his guild, “building community” also encompasses everyone on campus. The mysterious app Nilspace is spreading across campus and everyone is coming together to play, but it’s certainly no kumbaya. The fight over Nilspace is full of conflict and shows the “growing pains” that precede resolution. Finally, the idea of “building community” is a core to how we as 1 Look Games are approaching Nilspace development. We want to engage the community to help determine the game’s direction as well as related future projects. We’ll be providing more detail about this on our Kickstarter page.

RW: Was diversity a focus for you in designing the various characters?

1Look: Yes. As a game set in college, we wanted Nilspace to reflect the diversity on college campuses today. Additionally, diverse characters allow for diverse stories. Nilspace is just as much about the human experience as it is about crit’ing a boss in the face and emerging victorious. Also art-wise, it’s way more fun to try lots of different looks and styles, instead of drawing the same dude with a sword and just changing his hair color.

RW: Has Covid affected your development timeline at all?

1Look: We’re a team from all over the globe (America, South Africa,  Europe, and South America), so we have all been working remotely from the get go. So while the pandemic has certainly impacted our personal lives, the development of the game has stayed pretty on track.

RW: Do you have any plans to release on consoles as well, or does that depend on how the Kickstarter does?

1Look: Our focus right now is on PC. We’ll be on Steam and we’ll also have a DRM Free version available on our site and itch.io. We would love to release on consoles, but that doesn’t come easily and without its own costs, so we’re hoping to work towards that in the future. An extra successful Kickstarter would certainly help move that process along. 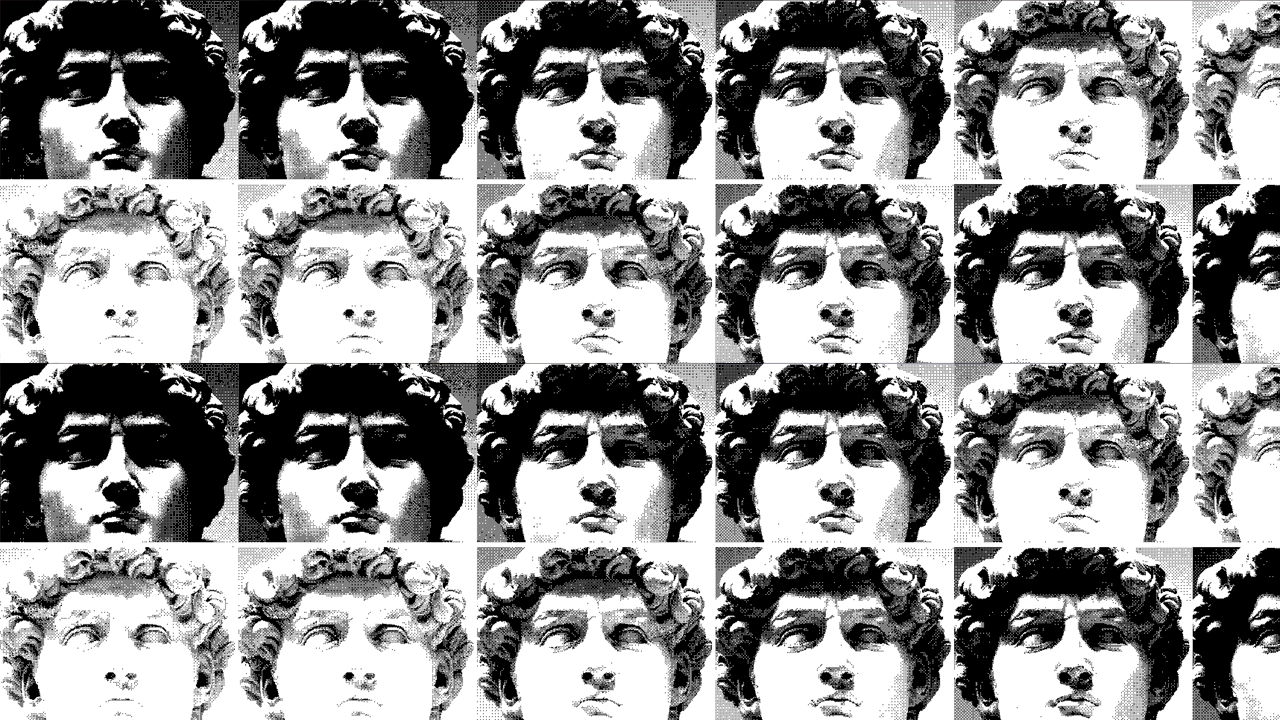 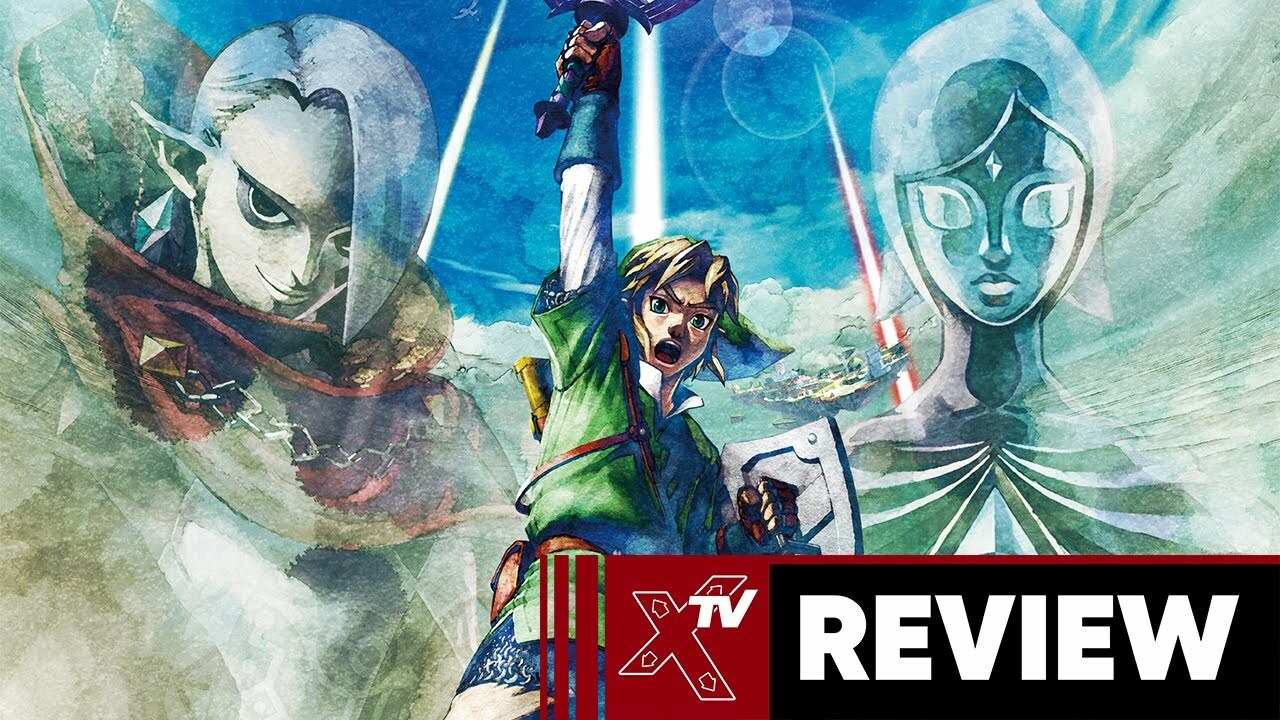