Sin and Punishment Is a Meditation on Efficient Ambition

Sin and Punishment is perhaps the best rail shooter on Nintendo 64, but you may not have heard of it, let alone played it yourself. That’s not especially surprising. Like many region-exclusive Nintendo gems, Sin and Punishment was kneecapped by inaccessibility. If this late-gen team-up from Nintendo and Treasure Ltd. saw release beyond Japan, it would sit comfortably among the likes of Star Fox 64 and Pokémon Snap in the eyes of the general community. Like Treasure’s better-known and widely available GameCube shooter, Ikaruga, Sin and Punishment is a daring tango of precise gameplay in step with ambitious albeit incomprehensible storytelling that awes its audience through sheer grandeur and design success.

Of course, it’s important to underscore that aforementioned incomprehension. I simply cannot explain the plot of Sin and Punishment to you, which is where the game begins. This isn’t something I feel too bad about though, as I doubt many people could recap the game’s events. Perhaps the largest contradiction in this tight, gameplay-focused shooter is its narrative. You’d be hard pressed to find a higher-fidelity example of storytelling on the platform. With voice acting and lavish anime-inspired cutscenes, the story of Saki, Achi and Airan is told with a conviction and polish that should belie an immersive story.

But it doesn’t really, it just belies an over-encumbered apocalyptic plot. I like its broad strokes which ring of Akira’s quasi-nightmarish art direction and themes. However, the moment-to-moment story is just a slurry of ambitious but unclear adventuring. Play Sin and Punishment for yourself and take a mental note of what you think happened. Then, look up the plot summary on Wikipedia. I promise that the two will not even operate in the same ballpark.

However, you shouldn’t let this esoteric element of the experience scare you off. I had to point out this peculiar aspect because it’s an unavoidable part Sin and Punishment. It’s also the only place that the title falters. Again though, the narrative isn’t bad for lack of trying. The ambition here is staggering, the execution just doesn’t quite communicate that intent. However, while I hesitate to absolve Treasure of its trademark impenetrable, heady storytelling (don’t get me started on Ikaruga’s story), I almost need to. After all, Sin and Punishment’s story is quickly backgrounded by the greatness of its gameplay.

I’d recommend that you duct tape the tops of your socks to your feet before staring Sin and Punishment’s first vignette. Otherwise, they’ll be knocked straight off. The iron-clad linearity intrinsic to the on-rails shooter allows for a heightened commitment to fidelity across the genre, but Sin and Punishment takes its fidelity to the point of perpetually one-upping itself. Next to the relative simplicity of other N64 environments across other titles, Sin and Punishment’s world is downright rich.

Beginning in a relatively tame field, Sin & Punishment ratchets up the tension and scale with each subsequent area. Even its moments of respite, like a later train mission, are heightened by the game’s continuous forward momentum. This revolving door of set piece concepts is what keeps Sin and Punishment alive. From an aircraft carrier sequence with a cool-factor that makes Top Gun look like toddler’s first flight adventure to a fight against a literal planet, there is an eye-melting quality here which motivates gameplay.

As established, these sequences are draped in a layer of visual fidelity and energy which blitzes the senses and binds the player to their controller. Backgrounds spill into the foregrounds due to a seamless level of detail which anchors the experience in place. Swarms of enemies mingle and snap at the hero’s heels, constantly throwing a new set of diverse and eclectic antagonists at the player. This is doubly true of the boss encounters which pick up where the grunt enemies leave off to push the envelope even further. The imagination and intricacy of these moments and characters provide a texture to Sin and Punishment that is vital to its overall success.

Yet, they can be easily underappreciated due to the brisk pace at which Sin and Punishment skips along. This contributes to a sense of humility which augments the appeal of the title. All of these visual notes and complex details are totally understated by the game. To return to the notion of the revolving door, Treasure allows the player to spend mere minutes with each batch of ideas before shuffling them out of the scenario and into the next. This speed doesn’t result in sacrificed density though, as it typically would. Sin and Punishment holds both concepts in concert.

This is a key part of why the game remains so replayable, as each subsequent run allows me to digest another frame of the action to better understand the interplay between its visual and mechanical elements. This is clearly intentional, as every facet of Sin and Punishment is deliberately constructed. I’m fascinated by the developer pouring so much care into every pixel without parading that work in front of the player’s face. Instead, Treasure presents that care at a speed which doesn’t draw attention to itself. And, this pace never comes at the cost of playability. The adventure never devolves into a Where’s Waldo of overwhelming frenzy. It maintains a visual clarity which keeps the combat sharp even in the face of visually complex environments, and as such, action never becomes unfocused.

Of course, the game is also so replayable because it can be handily completed within an hour. While some may few the title as inexcusably short, I view it as necessary for this level of detail from a production standpoint, and foundational to the most primal hook of Sin and Punishment: achieving mastery. This game is a ruthless score chaser which is all about the climb toward mechanical improvement. I’ve yet to play enough runs to consider myself anywhere near mastery. However, I’m intoxicated by this sort of hill to climb as it begins in an inviting manner. Systemically, Sin and Punishment is easy to pick up. With light platforming elements and a focus on gunplay, it isn’t too hard to just hang with Treasure’s wave.

But, really finding your groove and sending your score into the stratosphere is another task entirely. This mission wouldn’t be as satisfying if the game was longer. I love the feeling of completing a run only to jump right into the next, immediately iterating on my progress from the last attempt. And, this comes with the added benefit of skipping the unwieldy cutscenes. In this distilled state, the excesses of Sin and Punishment melt away leaving the terse gameplay loop of strafing, shooting, and sweating toward a personal best.

In this regard, I prefer the N64 entry to its Wii sequel, Sin & Punishment: Star Successor. While that title brings its bombast to the next level through the exact control of the Wii Remote and the system’s added horsepower, it ends up losing a bit of its predecessor’s magic. The Wii game is both a bit too long and a bit too busy. It’s a prime example of taking arcade tropes and punching them up a bit too far while losing core design elegance in the process.

And elegant is just the word that I’d use to describe Sin and Punishment, as it is a brilliantly efficient game. As I wax on longer about the successes of the title, I may offer a myopic view of its complexity. For all of its spectacle, the title remains restrained. It can and should be enjoyed at a higher level as a sum of its parts as a simple arcade shooter. Sin and Punishment’s design facets interlock so perfectly that Treasure effectively puts on a master class in accessibly deep action gameplay. It’s only when you bring a magnifying glass to each design element that the game becomes complex. There is a perfection to Sin and Punishment’s basic arcade roots, and a beauty to the tenets which it is comprised of.

Luckily, the game is also somewhat accessible in modernity – at least when compared to its status at release on N64. Sin and Punishment stands among the crop of excellent regional Nintendo exclusives which lived again on Virtual Console and remains affordably available on Wii U. To that point, I’d argue that in an era where the lion’s share of Wii U exclusives have migrated to Switch, niche Virtual Console releases like Sin and Punishment justify purchasing the system even today. With cleaned up visuals (in spite of Wii U’s darkened emulation), remappable controls, and restore points, this is easily the best place to play Sin and Punishment.

But, I don’t want to slip into Wii U evangelism as I’m wont to do, as that energy is supposed to be trained on Treasure’s N64 opus. The bulk of this discussion has been a long way of expressing that I love this game. While a lot of wider Sin and Punishment conversation is predicated upon its technical excellence relative to other N64 games, I tried to stray away from only contextualizing the game that way. Sin and Punishment is evergreen. Even in 2021, it stands at the forefront of Nintendo shooters as a title that transcends time alongside the likes of Star Fox 64. For gameplay-first run-and-gun types, it doesn’t get much better than Sin and Punishment. 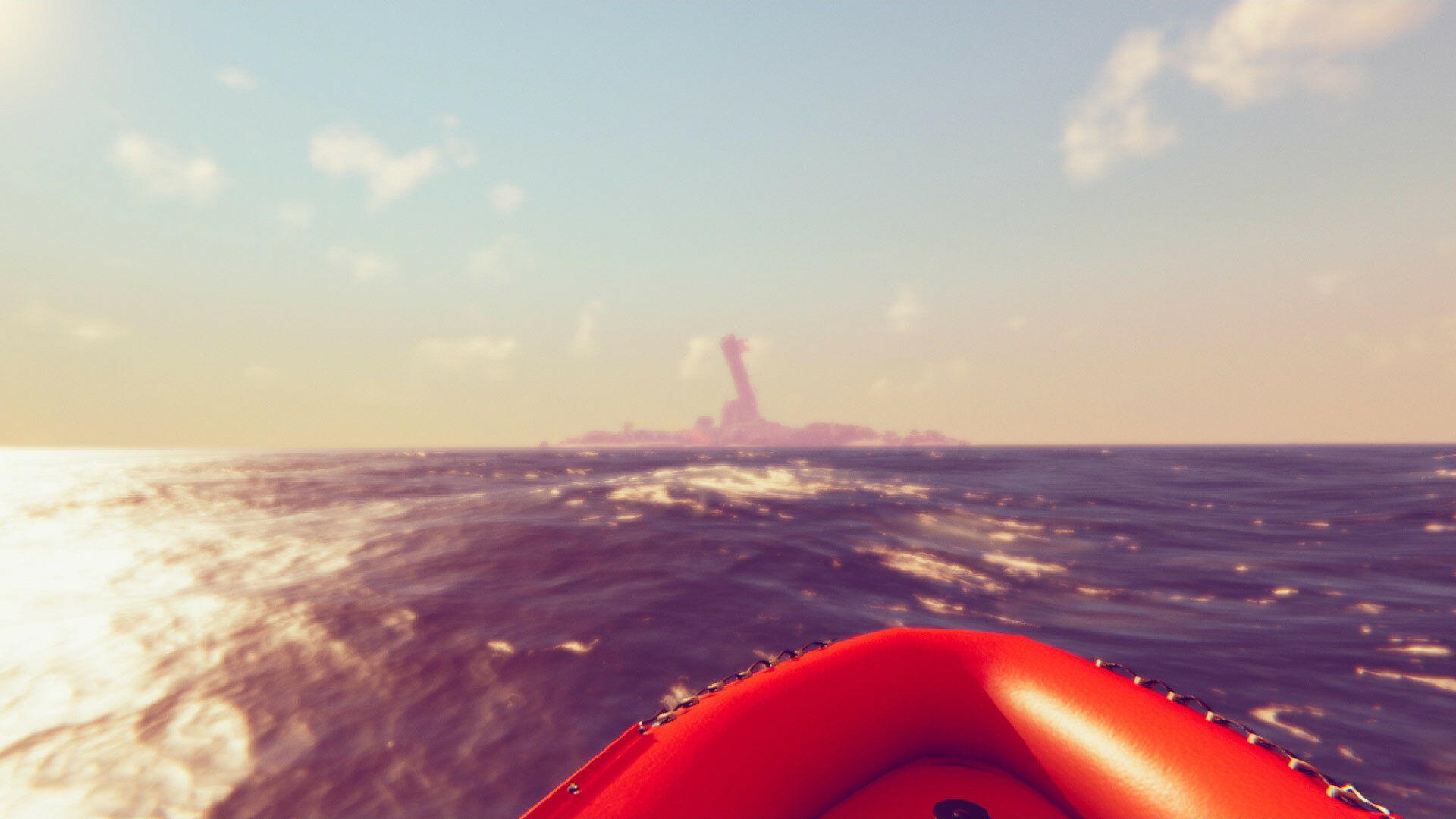 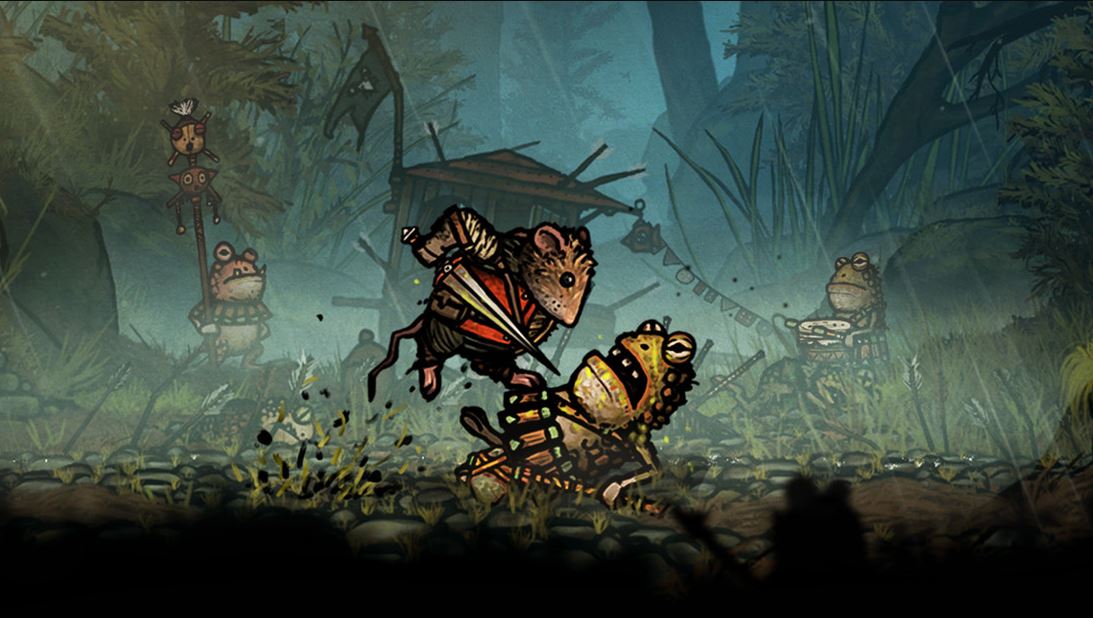