Then there are those of us who probably own more copies of the same game for the same console than is necessary. Such as me who has multiple copies of Metal Gear Solid. I’m a fan of the series and this entry is one of my favorite games, thus it’s obvious that I would have multiple copies. You would speculate that I might have a few copies and that is true but also an understatement. I don’t have two or three copies but five copies of the PlayStation version and a copy of the PC version (a total of six).

This is one of those personal facts that everyone always wants to know the story behind, especially during a streaming session or at a video game industry mixer. Since I will find any excuse to talk about Metal Gear Solid, I’m always happy to share.

Copy #1 of the PC Version (A Two Part Story)

The first time I bought Metal Gear Solid was for the PC while the story about it needs to be told in two parts.

Part I beings in early 2000 as my dad had bought a new family computer that allowed us access to the internet. I was first introduced to Metal Gear Solid by chance after stumbling upon the demo of the PC version on some video game site. I can’t remember the website but the download was easy and only took 45min (which was impressive back in those days). For those too young to remember; many news outlets, video game websites and publishers allowed fans to download a demo of the game. This was a good way to see if you would like it and if the game would actually work on your PC.

Lucky for me, Metal Gear Solid worked on my PC but playing it for the first time was awkward. I had gone in thinking it would be another third-person shooter, not knowing that infiltration and stealth are the core gameplay mechanics. It took some time but after beating the demo for the first time, I wanted to get the full game. However, it would be sometime before my birthday, so I had to wait and save my allowances. Till then, I would replay the demo so many times that I would estimate that I put in a good 100 hours.

After four months of saving, I finally purchased my PC copy of the game at Fry’s Electronics in Campbell. I wouldn’t have much time to play it because I was going on a summer trip to Iran. Thankfully, I was able to bring the game and my cousin had a solid computer that could play it. For most of that trip; my brother along with my cousin, and I would just be in a room trying to beat the game. We would take turns as we sneaked our way through Shadow Moses and going up against some of the most iconic bosses. Sure; we also had dinner with other family members while visiting the many historical and cultural sites, but playing Metal Gear Solid is what I remember the most. It took us a month but we were able to beat it for the first time (a rewarding victory).

That was not the end of it, as I would continue to play it for hours when I returned home to the States. Sometime later, I would learn that Metal Gear Solid 2: Sons of Liberty was coming to the PS2 and that right away settled what my next console would be. This solidified Metal Gear as one of my favorite game series and it started with the PC version.

Part II begins in 2004 and I’m starting my junior year of high school. A friend had played Sons of Liberty and was excited for Snake Eater tells me they have never played Metal Gear Solid. Me being a good friend allowed him to borrow my copy of the PC version. He was so excited to play it for the first time but, this being high school, someone raided his locker and stole some of his things (like my copy of Metal Gear Solid).

I was furious that my favorite game was stolen, but not at my friend (he had his CD collection stolen). Hard to say exactly but I probably spent a month trying to find a new copy. I went to Fry’s, several GameStop’s, and a variety of other retailers in the hopes of finding a replacement copy but I had no luck. I decided to cut my losses at the time with the hopes of trying again in the future.

Flash-forward to 2009 and I set up an eBay and PayPal account for the first time. I decided to see if there was anything worth finding and I start with a PC copy of Metal Gear Solid. There were a ton of them available for auction or buy it now. After several attempts, I was able to acquire a copy (both disk, case, and the manual) for $15 and free shipping.

Copy #2 for the PlayStation

By this point, I’ve become a solid fan of the series. I had Sons of Liberty, Snake Eater, and Guns of the Patriots in my collection plus some merch. However, it never occurred to me that I should probably pick up a copy of the PlayStation version.

That all changed when a buddy at the time got two passes for Sac-Con 2012. We meet up at his place in Palo Alto and drove to the Scottish Rite Masonic Center (located a few blocks from CSU Sacramento). We got there around noon and right away started exploring the dealer’s hall. I stumbled upon a retro game vendor who had several titles that got my attention, one of them being a PSX copy of Metal Gear Solid. That is when I had that eureka moment of “I really should play the original MGS” and purchased it (along with Resident Evil 3: Nemesis and Driver 2).

After doing our shopping, we hanged out at the convention a bit longer before driving back home. The moment I got home, I popped the game into my PS3 and played it for hours.

Copy #3 for the PlayStation (Via The Legacy Collection)

There isn’t much to tell regarding Copy #3 as I simply bought Metal Gear Solid: The Legacy Collection at launch. I already owned all the titles plus the HD Collection, but me being a fan could not resist buying another collector’s edition or re-release.

Copy #4 for the PSX (via The Essential Collection)

At this point it should be established that I’m a fan of the Metal Gear series. However, even I will miss the release of a special collector’s edition. Such as when I learned about The Essential Collection, a special edition that includes Metal Gear Solid for the PSX along with the Subsistence versions of Metal Gear Solid 2 and Metal Gear Solid 3 for the PS2, during a fan convention in 2017.

It was Day 1 of Hydra Comic Con 2017 and I was wandering around the dealer’s hall while cosplaying as Big Boss (from Snake Eater). I stumbled upon a retro game vendor that had Metal Gear Solid: The Essential Collection (which got my attention right away) for sale. Since I was unaware of this version, the seller enlightened me about it while complementing on my Big Boss cosplay. Me being a fan of the series and the seller being very persuasive, I decided to add it to my collection.

Copy #5 for the PlayStation (the Drunk Purchase)

At some point, you were expecting a story about a drunk purchase, weren’t you? Welp this is the moment, pat yourself on the back. It all starts on Day 1 of FanimeCon 2018, it’s the late afternoon and I’ve checked into the Fairmont Hotel while meeting up with a friend who would be experiencing this magical weekend for the first time.

The plan was to get a feel for the dealer’s hall, then meet up with a few more guys at BarCon, and finally hit up the Swap Meet. It was during BarCon that we all had several beers and a few shots (just to get us drunk enough to function in a crowd but should not be allowed to make any purchases). After that, we decide to hit up the Swap Meet in the hopes of finding some awesome merchandise. There was a plethora of game vendors during the swap meet, so I went exploring in the hopes of finding some classics.

At some point, we temporarily went our separate ways and in doing so I made a few purchases. We reunited a few hours later and continued to browse until they closed the swap meet. We decided to return to the hotel as we didn’t want to wander around the convention center with a bag full of loot. When we returned to the comfort of our room, we decided to share what we had picked up. My friend had bought some Nintendo merchandise while I had picked up several PSX and PS2 games, including another copy of Metal Gear Solid. My friend (who knows me all too well) reminds me that I already owned multiple copies of the game, which resulted in both of us laughing hysterically.

Copy #6 for the PlayStation (The Last One… for now)

The last time I purchased a PSX copy of Metal Gear Solid was at a swap meet back in 2019. The October Game Swap Meet was the first such event hosted by AFKxp Tech + Games at their new home on the second floor of LvL Up Campbell. I was there to cover the event and hopefully pick up a new PS2 controller.

During the game swap, I went to a few vendors but had no luck. I meet an acquaintance but unfortunately, he didn’t have a PS2 controller either. However, I got the attention of the vendor next to him who had a PS2 controller still in the box. He also had several games that I’ve been looking for, so I purchased them all. We started chatting and the conversation soon became about our love of the Metal Gear series. That is when he points out a copy of Metal Gear Solid and offers to sell it to a fellow fan at a discount. It was an offer I couldn’t refuse.

After ending the story, I’m always asked two questions. The first is if I own a copy of The Twin Snakes? The answer is yes, but I only have one copy and I have no plans of buying more for, well, a number of reasons too wordy to get into here. The second question is if I will buy any more copies of Metal Gear Solid for the PSX or PC? This one is hard to answer as I won’t go out of my way to purchase another one for the PSX, but I won’t refuse should someone give me a copy. Regarding the PC version, I will totally buy it on Day 1 should it become available on the Steam Store.

Overall; I have more than enough copies of one of my favorite games and the story behind it will always be an interesting one to tell. 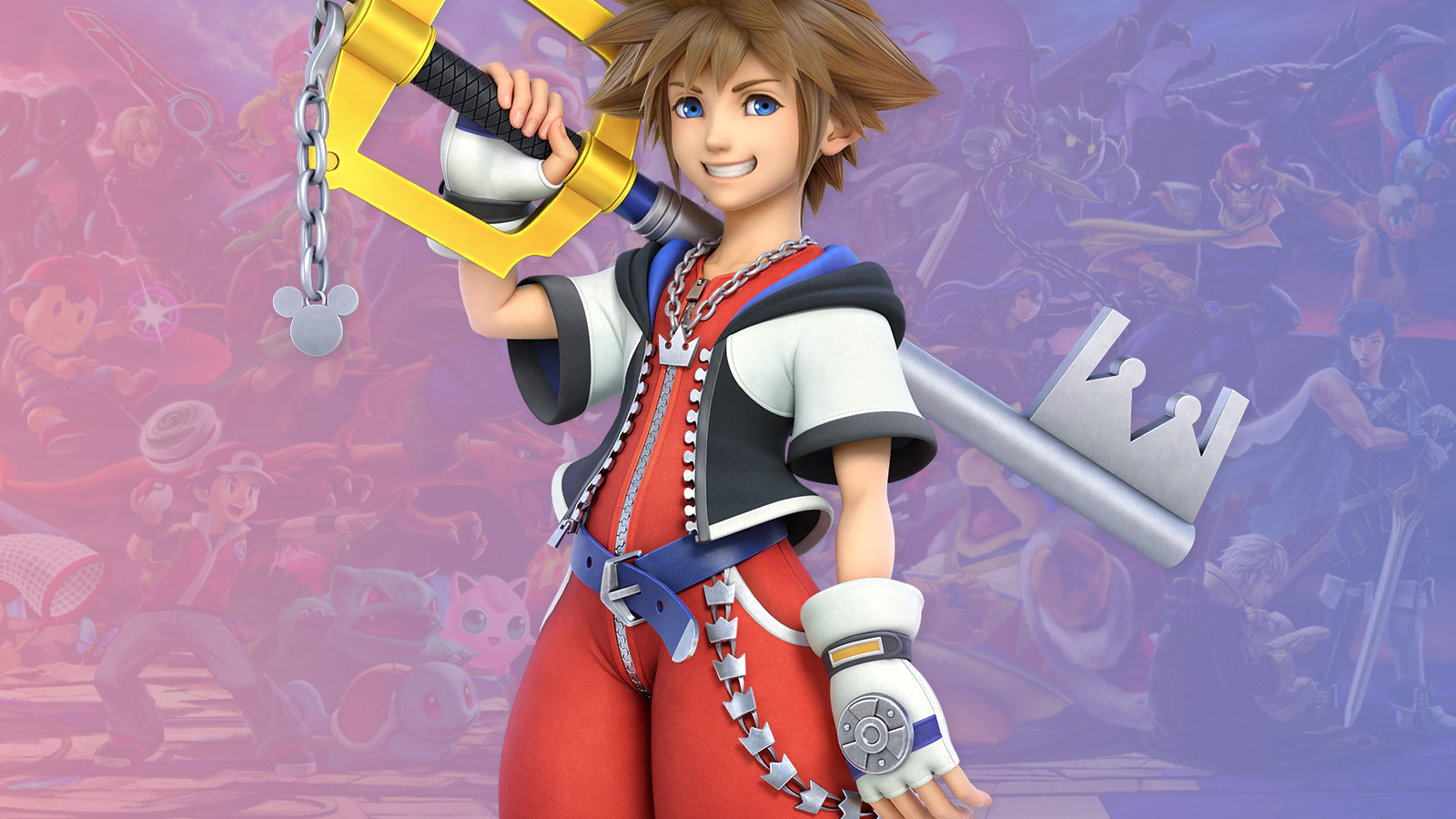 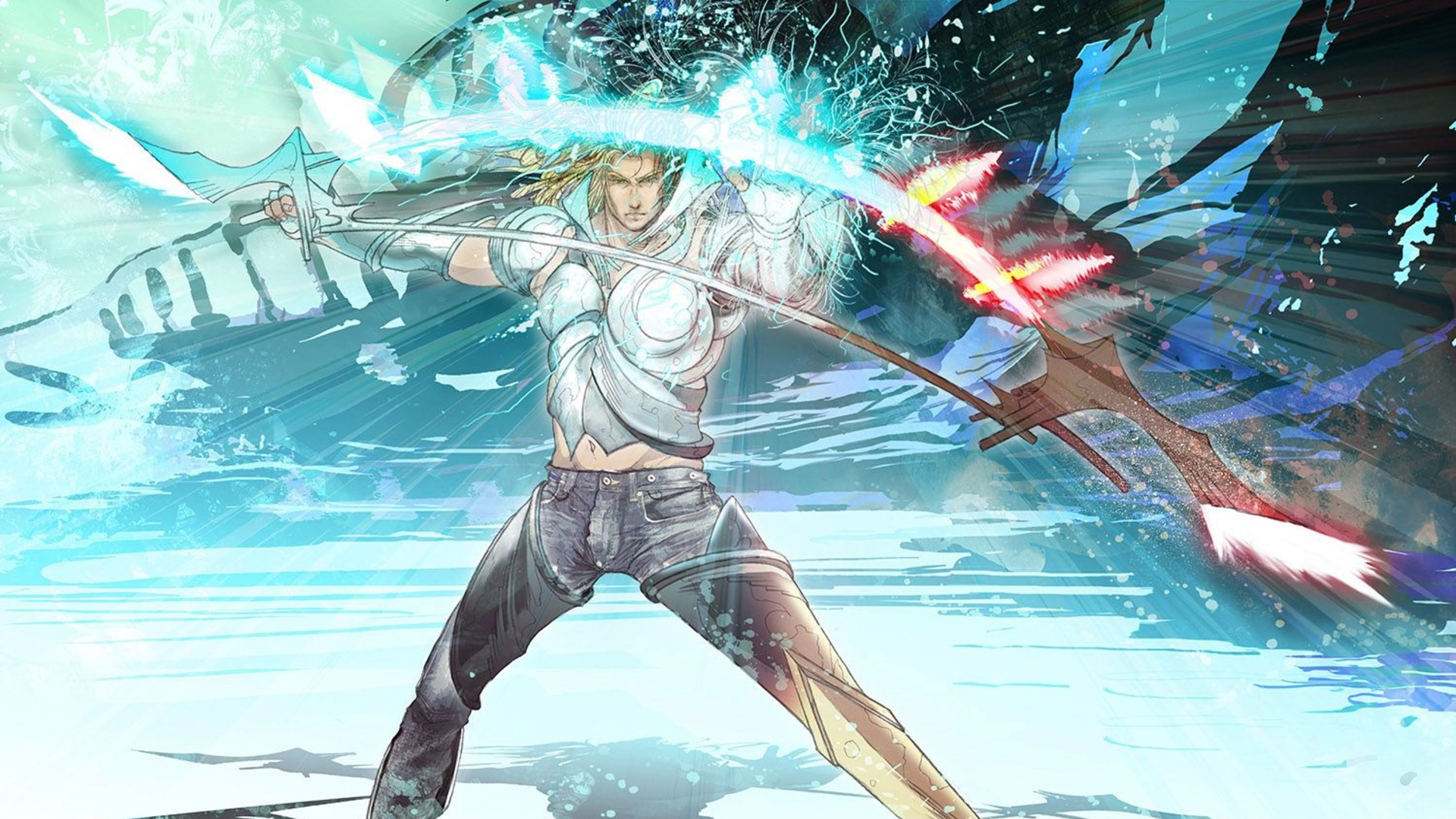 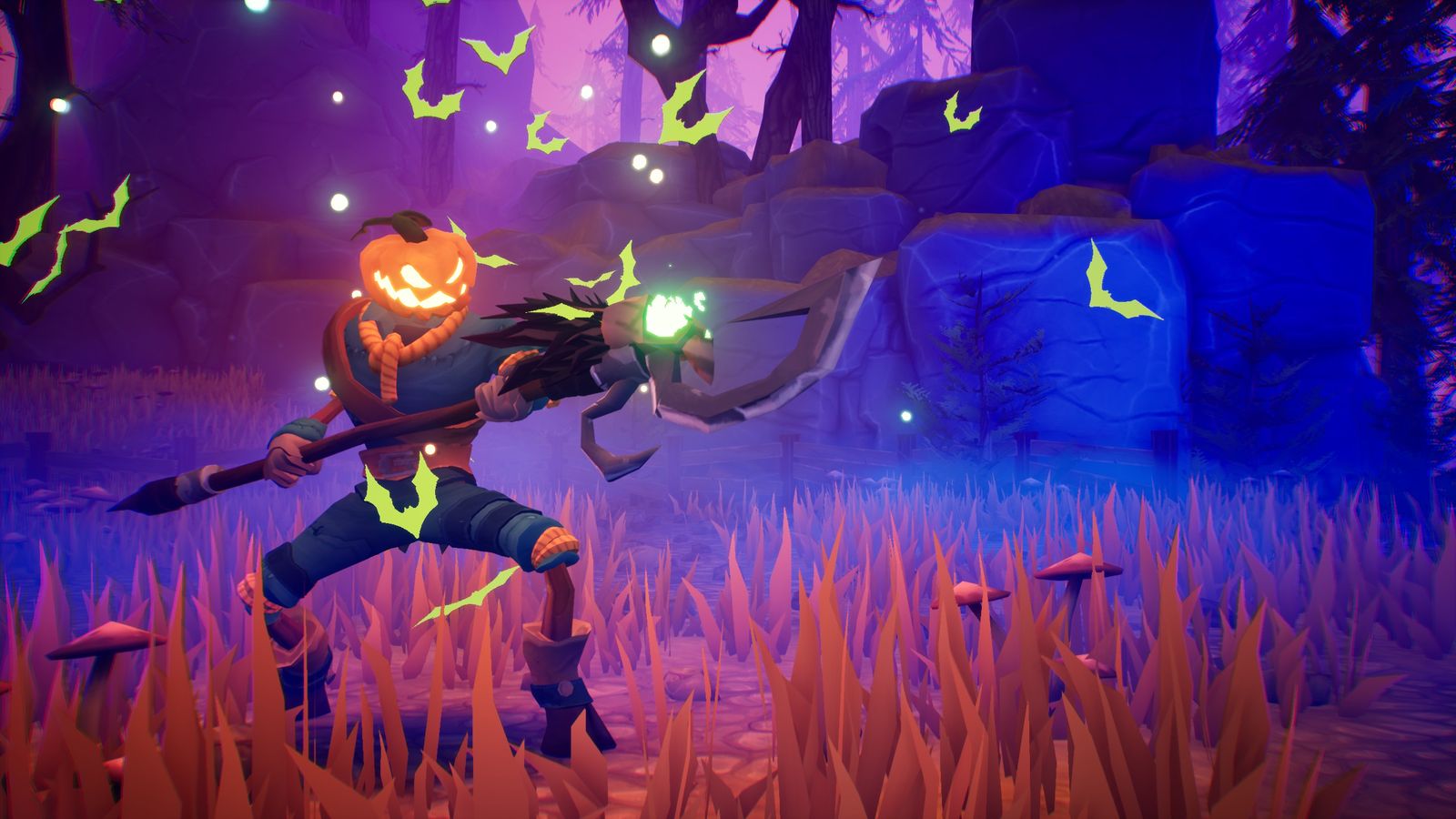 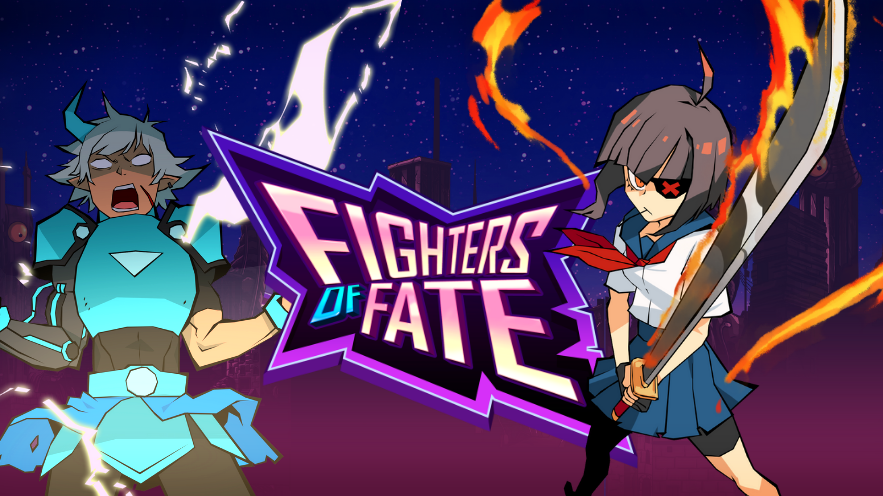