Severed Steel came out of nowhere. Had I not seen legendary God of War and Twisted Metal creator, David Jaffe, singing its praises online, I would’ve missed this one entirely. It’s a good thing that I didn’t, because Severed Steel is one of the most exacting and unforgettable shooters that I’ve played in a while. The game isn’t without its flaws, but the raw energy of Severed Steel’s core gameplay loop compensates for its few sore spots ten times over.

Before we really get started though, I should note that my experience with Severed Steel was tempered somewhat by some obviously user-side issues. I’m no PC gamer. I like to stick to consoles, where my games just work on their respective machines, no troubleshooting required. Obviously that isn’t the case on PC, and so my experience with Severed Steel from a technical perspective was, well, suboptimal at best. By dropping the graphical fidelity of the game through the floorboards I was able to get a steady framerate out of Severed Steel, but that’s obviously not the way to go. Basically, the fidelity difference between my gameplay and peak performance was about the same as the disparity between, say, The Outer Worlds on Xbox Series X and The Outer Worlds on Switch. So, if anything, I can commend developer Greylock Studio on offering the settings that enable their game to run on a potato. But beyond that, I ultimately can’t speak directly to the high-end performance or the nuances of the game’s visuals, which are showcased in the official screenshots throughout this review.

Ultimately though, I don’t think this matters. If Severed Steel looked like a Nintendo 64 game I wouldn’t care because the moment-to-moment gameplay experience is so damn good. The title is a fairly straightforward FPS on a mechanical level. There aren’t many systems to grapple with and you’ll have a handle on the ins and outs of Severed Steel in mere minutes. This is a game which revels in its ability to expertly weave together a compelling adventure with a very simple conceit: when you’re doing parkour, enemy attacks will never hit you.

As such, the name of the game here is crazy, Mirror’s Edge-like movement. Again, it’s pared back mechanically – you have a wall run, a kick, a slide, and a dive. That’s all. But those few tools are powerful enough to be chained into an absolute maelstrom of free-running frenzied killing. You’ll be turning each level into an absolute slaughterhouse as you float from stunt to stunt, taking full advantage of Severed Steel’s voxel-based environmental destruction (there’s your buzzword for the day). By the time that you’ve cleared out a level, you will have completely chewed your surroundings to bits.

But while this all seems very fast-paced, Severed Steel is a remarkably slow and deliberate game due to its bullet time mechanic. By holding down LT (only a true console player plugs an Xbox controller in for a PC FPS), time comes to a crawl. So, each subsequent move becomes a carefully orchestrated strike. I spent most of my playthrough in slow-motion. While this may sound a bit boring, it really isn’t. When you’re sliding under a desk to land a clean headshot on a dude, only to launch out of that slide into a mid-air dive through a glass window over someone with a riot shield, twisting in the air to land another headshot, and then entering another slide which you pop out of to kick another guy in the head, snatching his gun out of the air and using it to take down a fourth target, the last thing you’re feeling is boredom.

If it wasn’t clear already, Severed Steel is an elegant and violently satisfying romp. The combo I just laid out above is characteristic of every in-game moment. You never have an opportunity to breathe. The game is a marathon masquerading as a sprint because it simply never lets up. But I never found Severed Steel to be overwhelming, as I quickly entered a Zen state while playing. What that says about me, well, let’s not unpack it. I said on Twitter that this game has all the vibes of Tetris Effect but in the context of a high-octane FPS. I still feel that, and think it’s about the best way to illustrate this tension. Like the best puzzle games, you quickly fall into a rhythm of reflex and decision-making which guides you from kill to kill.

This feeling is deepened by the excellent synth and cyberpunk-fueled soundtrack which soars alongside the tempo of the action. I found this to be the most successful element of the presentation actually, because the visuals themselves are fairly hit-or-miss. Severed Steel goes for a Tron look of sorts – which I’m sure is more impressive with higher fidelity graphics, again, potato computer – but the colors and geometry of many levels ends up feeling a hair garish. It’s the level design not the art direction that’s truly important here, so I’m not too bothered, but I think that the game could’ve found a more pleasing and consistent visual style that still hit the same tonal beats.

Speaking of, Severed Steel does reach for a narrative but never quite succeeds. What little story is here is frankly superfluous and toothless. In an experience that is so clearly gameplay-driven this doesn’t detract too much. When I’m playing DOOM, I don’t really need a complex justification for why I’m slaying Demons in the vats of Hell. But, Severed Steel does have a rather unique protagonist and interesting (albeit slight) worldbuilding, so I would’ve liked to see more out of that. If you’re going to go for narrative, then really go for it.

However, given the overall short runtime of Severed Steel, part of me is glad that narrative doesn’t eat away at my playtime. It seems that a prominent criticism of Severed Steel is its short length, which I didn’t see as an issue whatsoever. As I’ve gotten older, I’ve become less interested in how many hours of game I get for my purchase, and more interested in what a game does with the experience it provides. In its roughly three hours, Severed Steel accomplishes a lot and brings its mechanics and level design concepts to their natural conclusions.

What is arguably most admirable about Severed Steel’s design is the way that there is not an ounce of fat on this bone. Each level provides you with a new context to flex your parkour muscles in, whether that’s on a moving train or in a modern art gallery (which is awfully reminiscent of John Wick 2’s exemplary museum shootout). Severed Steel never stays in one place too long. It doesn’t waste a second of your time. While I did find a few of the later challenges to be more frustrating than fun – partially because they tried to tie into a storyline that never came to fruition – I was consistently impressed by where my rampage took me.

This isn’t all that Severed Steel has to offer either, as the title features some side modes that will keep you busy as well. Between a level editor and a challenge mode, there is quite a bit to chew on beyond the campaign. I’m typically not one for side content, but I stayed up far too late the other night playing through the point-based challenge mode. This gameplay loop is just perfectly suited to score chasing. Due to these modes on top of the successfully-paced and varied campaign, I don’t understand the complaint about content here, frankly.

There is no reason to ignore Severed Steel if you have even a passing interest in the FPS genre. This is a wonderfully tight and beautifully conceptualized shooter which has a vision and executes on that. It was a perfect two-session morsel which easily sits amongst the best gaming experiences that I’ve had this year. While Severed Steel is imperfect, it’s essential fare for those inclined. I’d love to see these ideas further explored and refined in a sequel, but in the meantime, I’m hard-pressed to complain about much here. My biggest gripe is that the console port isn’t out yet – I can’t wait to double-dip and replay Severed Steel on anything other than my underpowered PC. This one deserves that much love.

9
Great
Severed Steel is parkour-infused FPS action at its very best. While the game has a few rough edges, when you’re in the heat of the moment, all those critiques fade away. 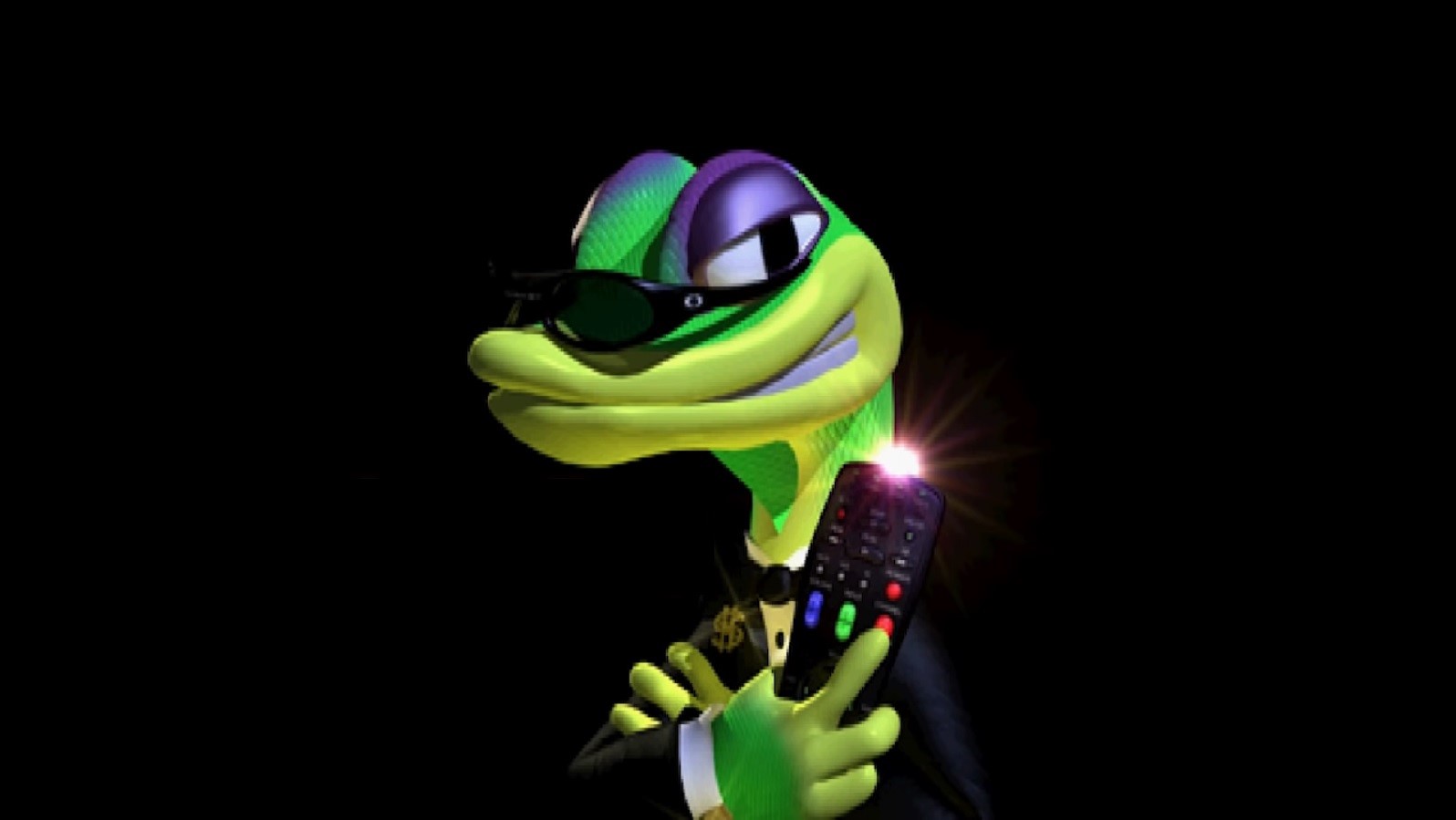