My relationship with the Game Boy is really weird. Being twenty, I obviously didn’t grow up with the system. Like most gen Z kids, my first handheld was a Nintendo DS Lite. I’ll never forget unwrapping that Crimson Red clamshell alongside DK: Jungle Climber and LEGO Star Wars: The Complete Saga on Christmas morning. But that’s a story for another time, because parallel to my DS experiences I dabbled with my aunt’s original Game Boy brick and a purple Game Boy Color that I got from a thrift store.

Neither gave me much of a window into that library, however. I played a bit of Dr. Mario on my aunt’s system, and that’s it. To make matters worse (in a move that still jolts me awake covered in a cold sweat), little Abram couldn’t comprehend the idea of swapping out the system’s batteries, so when its AAs dried up, I deemed it broken and threw it away. I’ll never forget that as long as I live. My time with that purple Game Boy Color was less horrifying but no more enriching though, as I only had Scooby-Doo and Bob the Builder games for it. Believe it or not, random licensed games are not the bread and butter of the system.

Despite my lacking personal experience yet partially because of it, I’ve always wanted to better understand the Game Boy generation. It’s one big enigma to me. And, when I say big, I mean it. The system was huge. Not only did the Game Boy sell well over 115 million units between all its SKUs, the hardware family (Color included), lasted from 1989 until 2001, when the Game Boy Advance released. For the mathematically disinclined amongst us, that’s an absurd twelve years on the market. And during that time, the Game Boy dominated uncontested for the most part, cutting down rivals like Game Gear where they stood.

This is just absurd to me, especially given the passage of home console hardware during this same period. Launching mid-fourth generation, Game Boy and Game Boy Color were commercially relevant through the tail end of the NES’s life, all of SNES’ life, and effectively through N64’s also. The GameCube was getting ready for launch when Game Boy was finally replaced. That’s just incredible to think about, and it’s an idea that I want to delve into from a library perspective.

Particularly in retrospect, given the context of systems like DSi, it’s easier to establish the Color as an iteration upon the Game Boy brick. Many of Game Boy Color’s biggest games were enhanced versions of Game Boy titles, The Legend of Zelda: Link’s Awakening DX is a critical example. And, as previously noted, Some of Game Boy Color’s highest-profile “exclusives” still worked on original Game Boys too, such as Pokémon Gold and Silver. Combine these facts with the fact that Game Boy Color’s sales figures were lumped together with Game Boy’s and contextualize all that within the relatively similar hardware that powers both handhelds, and that standalone console distinction is smudged. As a matter of semantics, the Game Boy Color is its own platform. Yet, when you weigh this position in the market against its heavy Game Boy overlap, it becomes harder to view the Color as a true generational demarcation. At least for our purposes moving forward, I’ll be considering the system to be part of the same Game Boy family of systems.

I do this with the intention of collecting some thoughts about how much was accomplished by the Game Boy, in spite of its stagnant hardware. Over the course of those twelve years, the Color was the most major technical leap made by the Game Boy line. Which is to say, regardless of how you’d classify that handheld, not much changed on that front. Like the Game & Watch before it, Game Boy epitomized the philosophy of Lateral Thinking with Withered Technology, or the idea of taking lesser, cheaper tech and creating fun, innovative and affordable experiences with it. That’s Game Boy to a tee.

However, from my outsider’s perspective, the Game Boy’s top-tier of software is an oddly small lot. When you start to trawl various listicles across sites for the best Game Boy and Game Boy Color games, the usual suspects take position. Tetris, Link’s Awakening, the Oracle games, Metal Gear Solid, Pokémon, Mario Land, Donkey Kong, and Final Fantasy Adventure always dominate. You’ve got the enterprising nod to Kirby’s Dream Land, Mole Mania, Metroid II, and others as well. But by and large, the games that are culturally connoted as the best on the platform are the same half-dozen or so, with another handful that orbit around those.

I’m certainly being generous by calling some of those games cream of the crop though, as the sales and influence disparities between these games are huge. I don’t think I’m too far off base to say that Tetris and Pokémon really carried a lot of the Game Boy’s success on their shoulders. Well, at least that’s the modern interpretation of the library. I’m not calling the Game Boy’s library bad or shallow. To the contrary, the B, C, and D tiers of its catalog are what interest me the most. Games like Mole Mania, Kid Icarus: Of Myths and Monsters, Kirby Tilt n’ Tumble, and many more are fascinating to me. What I am saying, though, is that we’ve developed a myopic view of the Game Boy. We don’t talk about all these titles that I just touched upon, nor do we properly examine the tenor of the generation.

Reaching a heightened clarity on this front is a goal of mine. So many of Game Boy’s successes have been forgotten or underplayed, such as just how much was extracted from that incredibly limited hardware. Remember, the Game Boy and Game Boy Color saw three distinct and remarkably formative console generations end under their time on the market. You can clearly watch developers release Game Boy titles that track alongside that home console progression. As the handheld became older and older, developer familiarity with the hardware became greater and greater. In turn, we got much more impressive games as a result. This is an axiom across the industry, and it’s clearly displayed by examples such as Naughty Dog’s evolution during the PS3 era. The studio’s output famously highlights this rule, as demonstrated by the leaps in fidelity between Uncharted: Drake’s Fortune and The Last of Us.

That principle applies to Game Boy’s library on the whole, not just singular studios like Naughty Dog. Take Super Mario Land for instance, which was a launch title. It’s incredibly rudimentary in all respects. Super Mario Bros. 3, which released on NES one year afterward, absolutely trounces Land 1. But, Super Mario Land 2? Well, that game is as close to parity with Super Mario World as you can be on Game Boy. There are a lot more games that mimic much of the SNES’ identity, with Link’s Awakening being another key example. The scope and complexity of that title, and the Oracle titles afterward, are far more in line with A Link to the Past than The Legend of Zelda (NES).

In short, this library saw major growth with respect to average game design fidelity over the course of its life. Little remained static, and I have a few more examples to share on this front. The Game Boy family received the Donkey Kong Land trilogy which offered a similar experience to the SNES Donkey Kong Country games, and the Game Boy Color even received a demake of the first Country title. This is a remarkable example of how far Game Boy hardware was pushed. The handheld did its best to match the fifth generation too, although it obviously couldn’t rival N64’s 3D environments. So, Game Boy remained in step by releasing companion titles to the likes of Mario Golf and Mario Tennis. I could just keep going on and on offering examples of how impressively modern the Game Boy library was across its evolution.

Regardless, basically none of this is talked about. The Game Boy’s legacy has been reduced to a smudge that seemingly begins with Tetris and ends with Pokémania. The details in the middle? Often overlooked. Especially since I didn’t grow up with the system, I had no perspective really the heart of the matter. The truth is that Game Boy is so bizarre. Its upper echelon does not accurately represent how sprawling its generation was, and even the games I mentioned don’t touch on the oddities like Balloon Kid or Wave Race. Yes, Wave Race was on Game Boy. Twelve years, three console generations: the handheld just kept chugging along.

Now though, it has been seemingly forgotten. Nintendo rarely acknowledges the Game Boy from the perspective of anniversaries and re-releases. Its library only exists digitally through the 3DS eShop, and there is nowhere near the level of nostalgia-leveraging (pandering) for the handhelds that there is for the NES and SNES. This is peculiar, and it’s part of why I never got a good read on the generation while growing up after it. It’s too bad. Game Boy has so much to explore, and I want to explore it.

This is principally why I was tantalized by the persistent rumors of Game Boy games coming to Nintendo Switch Online. Even though N64 games are definitely a bigger draw than Game Boy titles, thus making N64 the obvious choice to lead the Expansion Pack, I would’ve preferred that the handheld helped bolster the service instead. The N64 is one of my all-time favorite consoles, but the Game Boy lies largely unavailable and improperly regarded. Its legacy stands to gain so much by modern access. I really hope that we get this system represented on Switch in the future.

In the meantime, I’ll just have to break out my 3DS and buy some Game Boy Virtual Console titles. I’ve begun to do this, actually. I picked up Super Mario Land 2 and Mole Mania recently, and hope to grab many more games from the unfortunately small selection on the eShop. While there are probably better ways to spend my time, I want to dedicate myself to the Game Boy for a bit and better understand what made it persist for so long. In essence, these past three pages have been an elaborate way of saying that I don’t understand this system properly. As a huge Nintendo fan, I truly want to.

You Can Buy Game & Watch: The Legend of Zelda Today 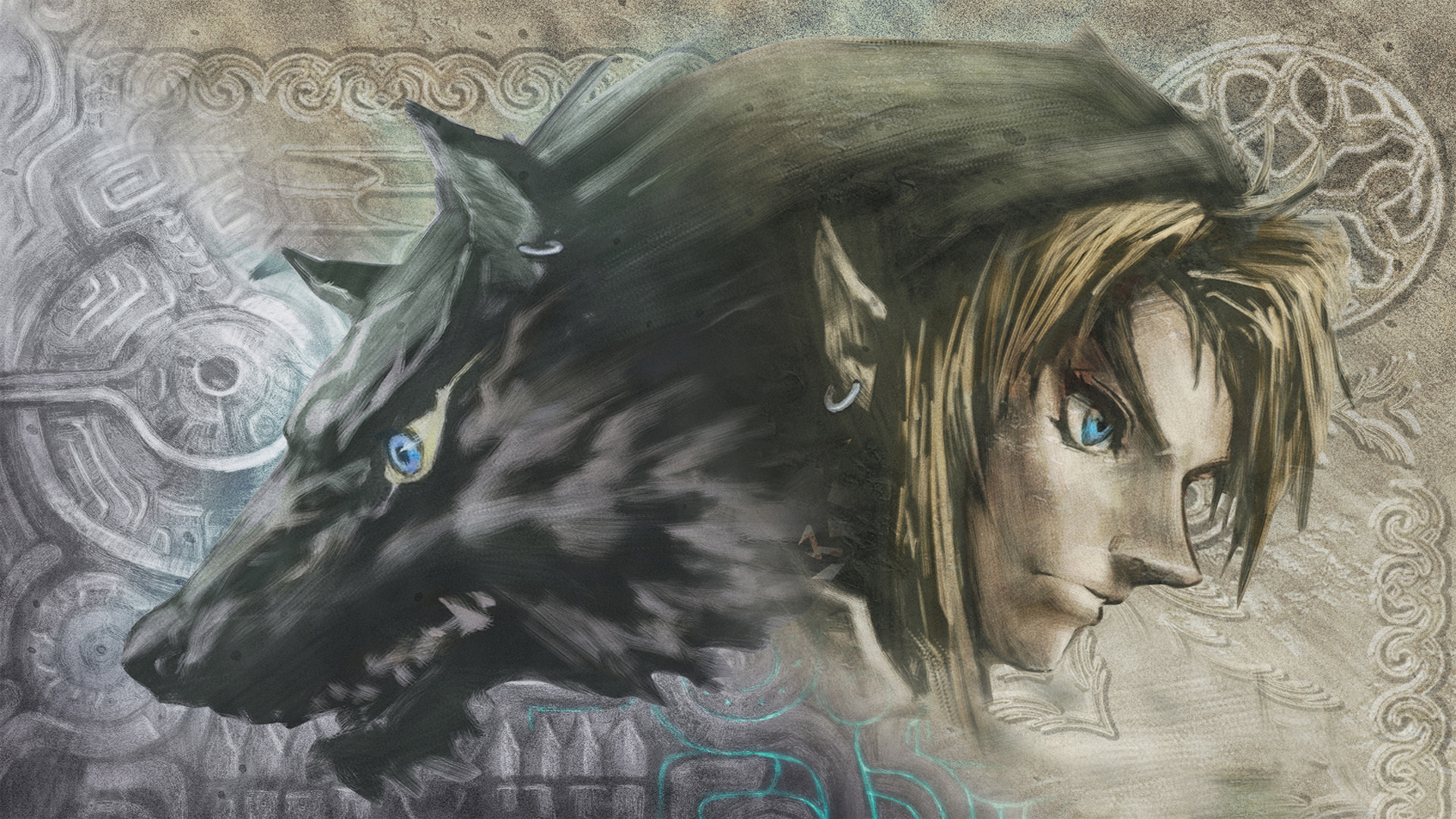 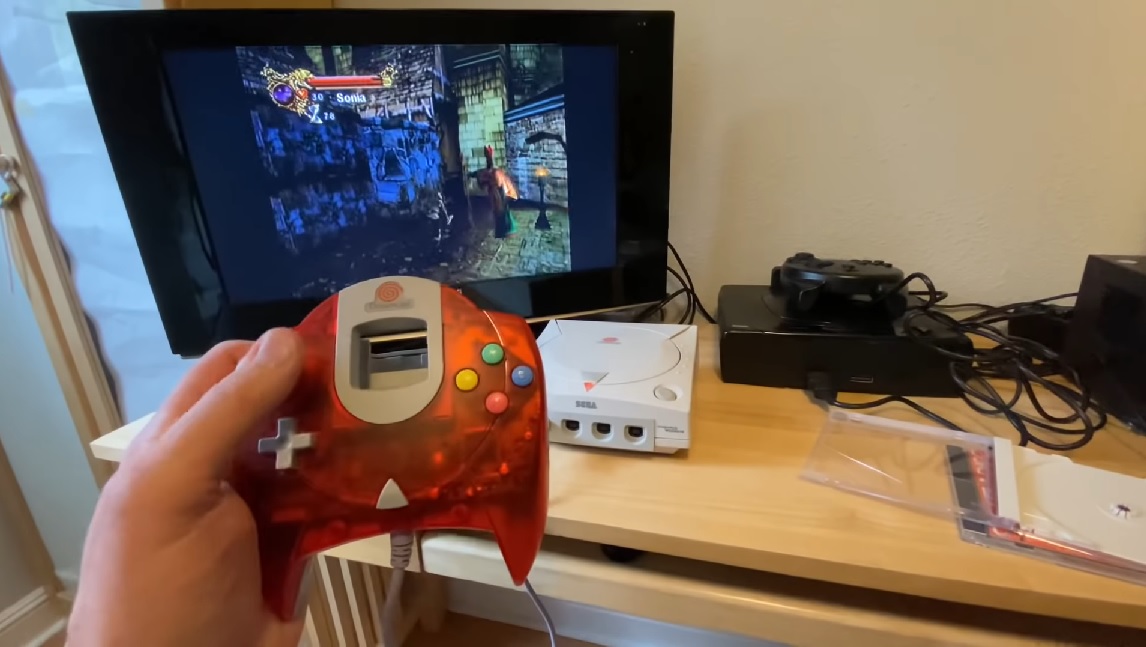